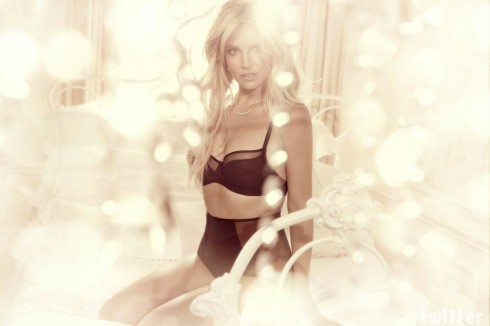 Ooh La Lingerie! Are you ready for Work B**chtoria’s Secret? Pop princess Britney Spears has just announced she is going from singing songs to selling thongs by launching her own line of lingerie called “The Intimate Britney Spears” set to hit US store shelves in September!

The 32-year-old singer tweeted the photo above moments ago along with, “Coming very soon… The Intimate Collection, by yours truly. www.intimatebritneyspears.com Just a peek at what’s to come. xo”

The line’s Twitter account shared this next photo that is similar to the one above but includes the Intimate Britney Spears logo featuring a shapely corset: 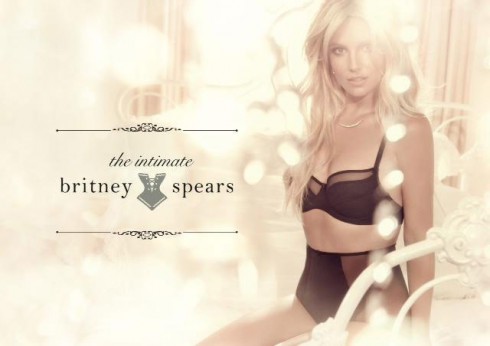 The move may seem rather ironic considering Britney is rather infamous for not wearing underwear and revealing that fact to the paparazzi, aka “pulling a Britney” to respected journalists like myself. Of course, that irony is lost once you realize that Britney’s aversion to wearing lingerie as underwear is countered by her absolute love of wearing lingerie as outerwear — at least on stage: 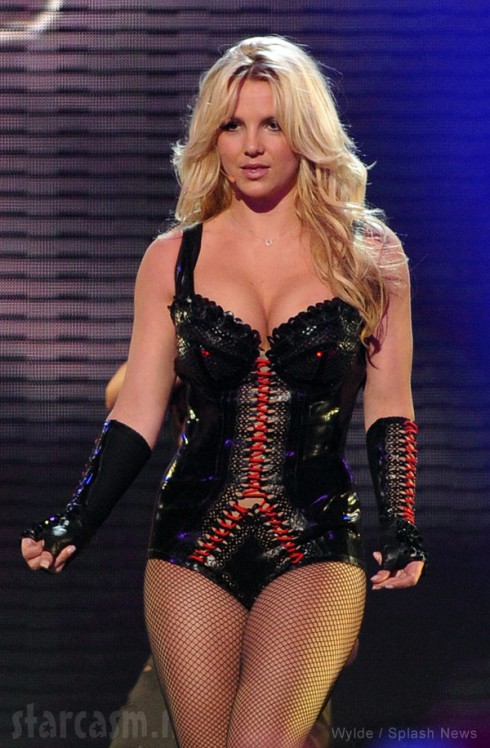 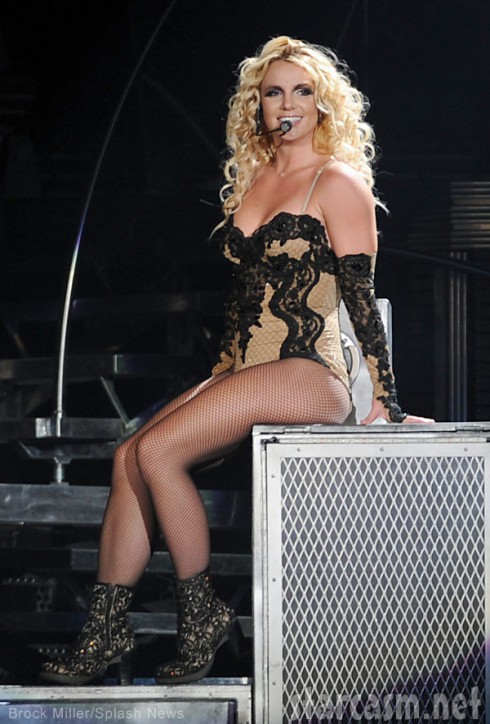 A visit to the website doesn’t reveal too much, only the name of the line and that it will be available in the US and Canada on September 9 and in Europe on September 26. It is as yet unclear if Britney will be modeling a number of the looks herself.

UPDATE – Click here to check out more photos of Britney modeling her lingerie plus a behind-the-scenes video of the photo shoot!

You can stay in the Bra-tney loop by signing up for email updates on the website or by following Britney’s underwear on social media: