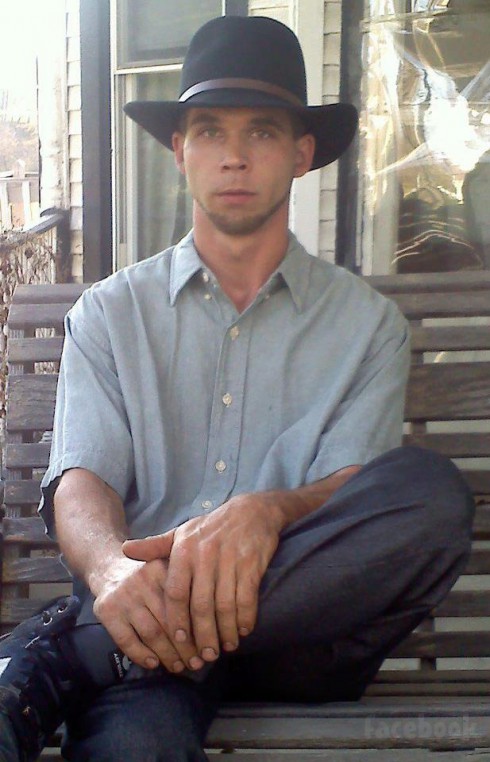 It was revealed a couple weeks ago that Breaking Amish cast member Jeremiah Raber and ex-wife Naomi Stutzman had a volatile relationship that resulted in numerous claims of abuse by Stutzman. According to a report by Pennsylvania’s CBS 21, there are at least 17 separate police reports involving Raber, eight of which were for domestic violence. Now, apparently thanks to Jeremiah himself, we have some of the details from the reports that didn’t have to do with domestic violence.

A Facebook account that appears to belong to Jeremiah Raber (there is evidence linking him the the account well before being cast on Breaking Amish) submitted the police incident reports to the “Breaking Amish: The Exposé” Facebook page in an attempt to defend himself against the recent negative reports about him. In a comment, Jeremiah later explained: “i asked the admin to post them. im the one who sent them to him. they prove im nt guilty like ppl were sayin. everybody has the right to an opinion so i let them talk crap. ik whats tru”

Here are the reports:

REPORTEES: Raber, Naomi L.
Name Number: 8483
NARRATIVE: was dispatched reference 911 call from this residence.
SUPPLEMENTAL NARRATIVE: was dispatched reference 911 call from this residence upon arrival found male sitting in a car at the end of drive way I asked if this is where Raber’s lived at. he replied yes asked who he was he stated he was Jeremiah Raber and that Naomi was his wife I asked if every thing was ok he replied that his wife just threw him out he stated that they had gotten into a verbal argument with her reference him not having a job he said that they just moved here from Florida and that he has one starting Monday. he said if he had his clothes he would go to his parents house that they did not live far from here and stay for a few days. gave him some advise on what he could do and got his clothes also then spoke with his wife and gave her some ideas on what they could do reference saving their marriage.

REPORTEES: Raber, Naomi L.
NARRATIVE: Dispatched to said location for a report of domestic violence upon arrival met w/ complainant investigation revealed known persons engaged in a verbal altercation.
SUPPLEMENTAL NARRATIVE: On said date & time I was dispatched to **** U.S. 62 for a report of domestic violence. Upon arrival I met w/ a Naomi Raber & her husband Jeremiah I spoke to Naomi separately from Jeremiah & she stated they have been arguing most of the evening about Jeremiah not wanting to work & she called because she didn’t want things to get out of hand. I asked Naomi if their had been any physical contact between either of them & she stated no that’s why she called before it came to that point. I then spoke to Jeremiah & he stated the argument has been all over Naomi needing money for a new van that she bought today so she could have the tags transferred over to her name. Jeremiah went onto say that when he said he needed the money for the rent Naomi didn’t like it. I attempted to get both parties to try & resolve their issues for the night & neither party could agree to settle things for the night nor would either party leave the residence. I advised both subjects to ignore each other for the night or one to leave so things wouldn’t get any worse. They were also advised if we were called back for another problem then the matter would be dealt w/ in another way. Both subjects advised their was no physical altercation & it was all a verbal altercation.

REPORTEES: Raber, Naomi L.
NARRATIVE: Dispatched to said location for a report of domestic violence upon arrival met w/ complainant investigation revealed known family members engaged in a verbal altercation
SUPPLEMENTAL NARRATIVE: On said date & time I was dispatched to **** U.S. 62 for a report of domestic violence. Upon arrival I met w/ the complainant Naomi Raber & her husband Jeremiah. I asked Jeremiah what the problem was & he stated he was not feeling good & was lying down when he was woken up by his kids being loud so he asked Naomi to keep them quiet. Jeremiah went onto say that’s when a argument started between them & Naomi called the police. I asked both subjects if their was any physical assault between them & they both stated no we were just arguing. Naomi loaded the van prior to my arrival w/ her & the kids clothing & after speaking to both subjects Naomi left w/ the kids. No further action taken.

Here is a comment left on the Breaking Amish The Truth Facebook page followed by Jeremiah’s response:

Cay ElNemr Per at least two news reports, Jeremiah was named in 17 different police reports, yet he states three of those reports were based on verbal altercations…does that mean he admits to the other 14 reports of physical violence ? @ Jenna, his ex wife.

Jeremiah Raber @cay elnemr. Do your homework. I had said im working on the rest of them. Supposedly 9 of the 17 reports were stalking. I was living out of state at that time an have paystubs to prove it. Im not out to be mr perfect. The way it sounds even if i posted all the proof in the world u an some other ppl would be to air headed to believe it since you already have ur mind set. I dont need fans like you.

On an interesting side note, Jeremiah’s Facebook account had been under the name “Lone Rider” for the last few months, but switched back to “Jeremiah Raber” this week (complete with a photo). It appears that he and the rest of the cast have not been able to speak as themselves while the show has been on, but apparently with only one more episode to go, that gag order may have been lifted. So it’s possible we will be hearing from all of the cast members soon about all of the information discrediting the premise of Breaking Amish that has been revealed since it premiered.

UPDATE – APRIL 2017 – Jeremiah Raber has been arrested for domestic violence after an incident with his wife Carmela Raber. According to the police report, not released by Jeremiah this time, he allegedly threw hot coffee on Carmela’s lap after a verbal altercation. When police arrived, Carmela showed them large bruises on her body and she claimed that Jeremiah abused her daily. Click the links for all the details.