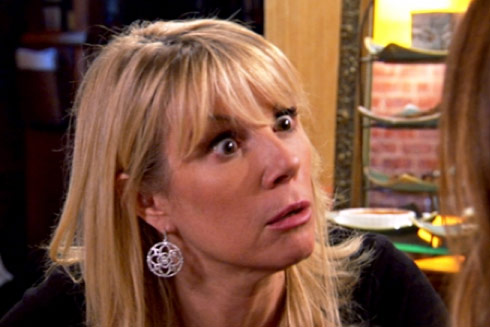 The current cast of The Real Housewives of New York City have banded to together and refused to sign contracts for a 6th season unless they see some serious pay raises. In return, Bravo has threatened to pull the plug on the long-running show as early as today if they don’t get all of the cast’s contracts inked.

Both THR and TMZ are reporting sources close to the gals who’ve stated that the offer on the table from Bravo is unacceptable. The current incarnation of the cast,  LuAnn de Lesseps, Sonja Morgan, Ramona Singer, Aviva Drescher, Carole Radziwill and Heather Thomson, were set to begin filming on Wednesday but none of them made themselves available.

Each cast member negotiates and gets paid differently but all of them are said to have been unhappy with Bravo’s financial offer. According to THR the negotiations began about 3 weeks ago and that the ladies and Bravo are still “pretty far apart.”

Ratings slipped last year for RHNYC about 20 percent, but overall the show is still a hit for Bravo. So far, no one from the network has made any comments about these reports.

Would you be bummed if The Real Housewives of New York City gets cancelled?

Bethenny Frankel is pregnant; Jason Hoppy is the baby daddy