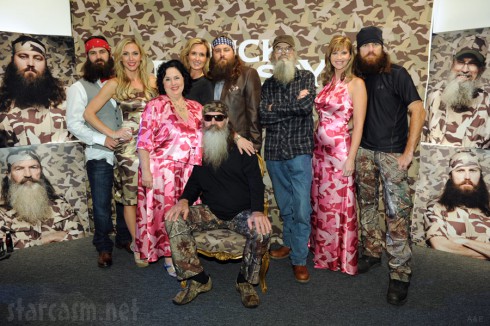 New York City was invaded by the south as the cast of Duck Dynasty found themselves in the big city for A&E’s Upfronts.

Fresh off the heels of confirming an upcoming 4th season of the most popular reality show on cable, the cast was photographed making their way out of their NYC hotel rooms, and as the bearded boys of Duck Commander would all tell you, the ladies stole the show as they strutted their stuff in camouflage dresses! 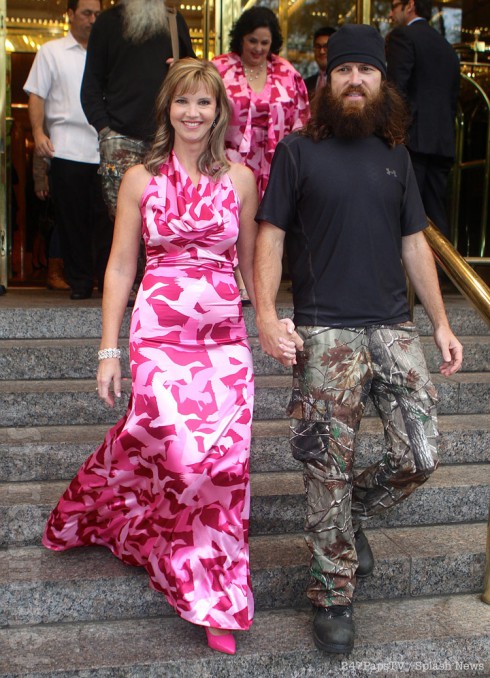 Escorted by their husbands, because we’re talking about southern gentlemen here, Kay Robertson, Korie Robertson, Missy Robertson (above) and Jessica Robertson all were sparkling and in apparent good spirits as they showed off their family unity and beauty. 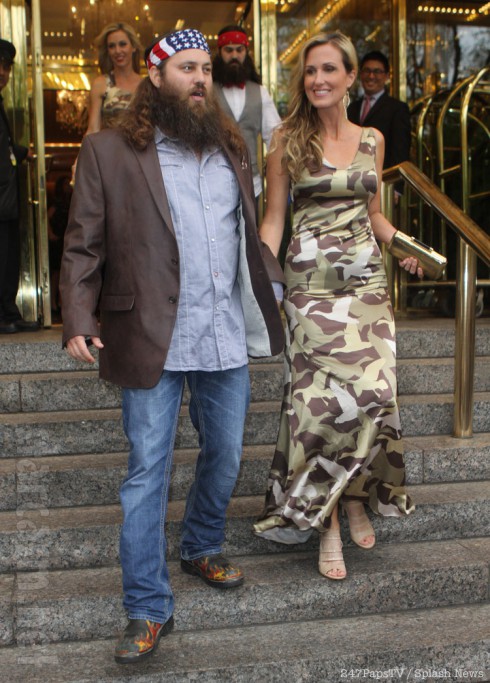 The CEO of the family-run business recently verified that the beards were back via Twitter in regards to a 4th season. The network made it official and indicated that the show’s legion of fans can expect new episodes “later in 2013.”

Korie looked fabulous once again revealing that Willie is one lucky duck when it comes to love (I think Willie’s jacket looks familiar and it still fits). 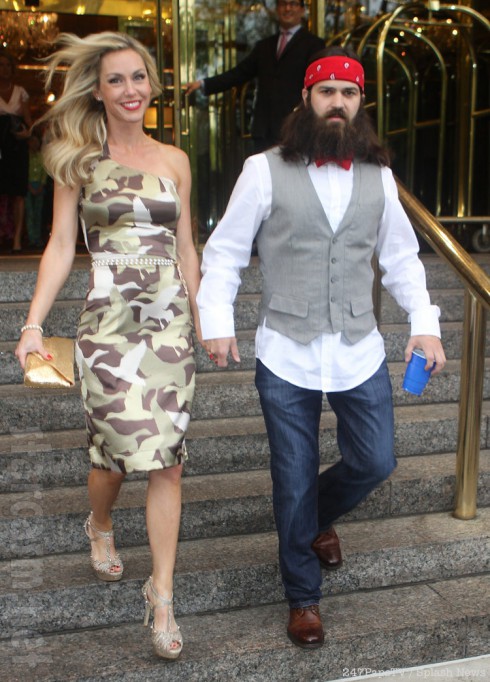 Jessica Robertson proved she could do heels just as well as any Real Housewives of New York City cast member as she dazzled in her dress. You know life is good for ol’ Jep when you’ve got a lady in heels and camo in one hand and a blue solo cup in another.

Last but never, ever, ever least is the first lady of this outfit and the only person that can “motivate” Phil to take a shower, pioneer woman Miss Kay. 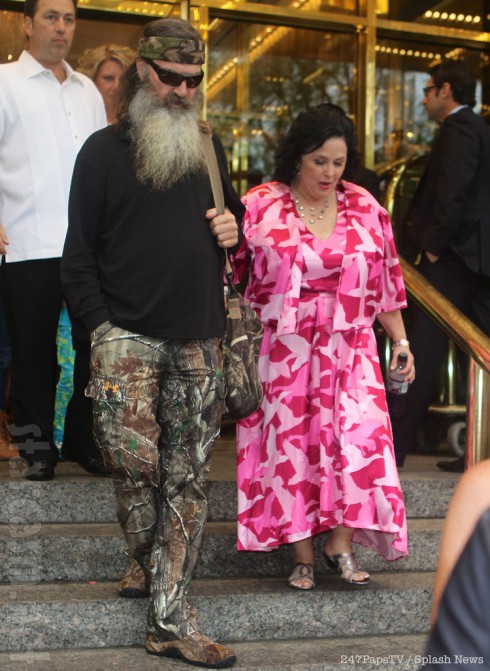 I ain’t gonna call that a man purse that Phil Robertson is clutching, but I will call the other item Phil’s got on his arm fabulous! Kay Robertson looked lovely as always as she showed all her boy’s better-halves how it’s done.

You’d think that the Robertsons in camo attire on the streets of New York City would look like fish out of water, but they appeared right at home to me. Yessir, I think the Big Apple looks a tad bit tastier with a little southern spice — and non-hipsterfied beards.