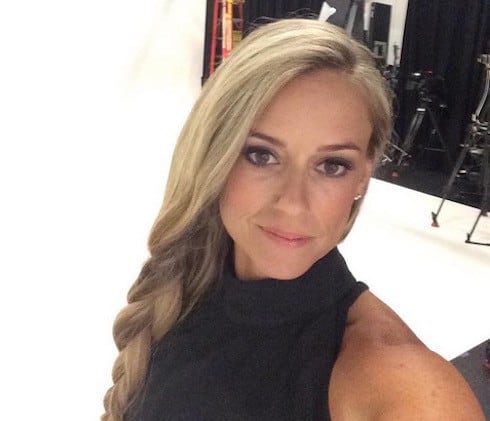 Rehab Addict fans have watched star Nicole Curtis become more and more heartfelt and expressive over the past few months, as she continues to put a difficult 2016 behind her. Back in January, Nicole dispelled rumors that Rehab Addict had been canceled by announcing that filming for Season 8 was about to commence. A few weeks later, she addressed the swirl of gossip regarding her youngest son Harper’s custody situation, taking the opportunity to also share some frank, poignant thoughts on the difficulties of single parenting. Then, last month, Nicole got even more heartfelt, with a long social media letter on her family–or, as she put it, “the most important thing in [her] life.”

Basically, it’s been a real pleasure to watch Nicole’s willingness to share more and more of herself with fans as 2017 has progressed, something that fans have expressed over and over again in comments on Nicole’s main pages. Recently, the DIY fixture shared yet another update–one that came with another of the Nicole Curtis bikini photos she’s been sharing of late–and made her new life advice even more explicit:

Came across this pic my bff of almost twenty years took of me in Vegas a few months back. Life is short -take this "been to hell and back " chick's advice -be kind, but don't put your energy into bad people -just move forward and past. Trust me, I've skipped that advice quite a few times, but I'm still standing. I've stuck to my guns since I was old enough to know in my heart what I truly believed in and stood for -and I've been literally kicked to the curb by so many who just didn't like that and yeah, it hurts-but as I always say those that don't get you ? They are just not your kind 🙂 oh, and after digging thru boxes and boxes of photos my gramps took of my gram –my sweet, pie-making, Catholic Church going little lady-had a good laugh on how many had more than meets the eye 🙂 Happy Tuesday:)

A few weeks ago, Nicole took to Instagram to throw things all the way back to her young adulthood, with a photo that featured her now-grown son Ethan and herself at almost the same age Ethan is now!

I pass by this every morning —how is this kiddo almost the same age I was in this pic ???? And he's still just as cute 🙂

And a few weeks before that, Nicole shared one more bikini shot, this one taken in the middle of slightly less beach-tastic weather during a Mexican vacation:

Señorita this is the worst weather we have ever had here….:) of course, it is. My umbrella 0 Rain 1 it's all good 🙂

Nicole has also uploaded other throwback shots since Rehab Addict Season 8 filming began. In addition to the bikini photo above, she shared the one below, featuring a slightly older Ethan:

Found this stashed in a box-E-Long hair ! Can't believe he was this little when we started the show! He's taking on one of our biggest projects this Spring -#sinkorswim 🙂 (that awful shirt is still in a drawer somewhere too)#nicolecurtis #rehabaddict #season8

Again, no one could ever have accused Nicole of being uptight, but it sure seems like all the drama of the past year has resulted in an even happier and more laid-back woman–which will no doubt make Rehab Addict‘s new season the most entertaining–and enlightening–of the show’s whole run!

Rehab Addict Season 8 is expected to premiere in late 2017 on DIY.

Bikini Bliss hits the runway down under with David Jones