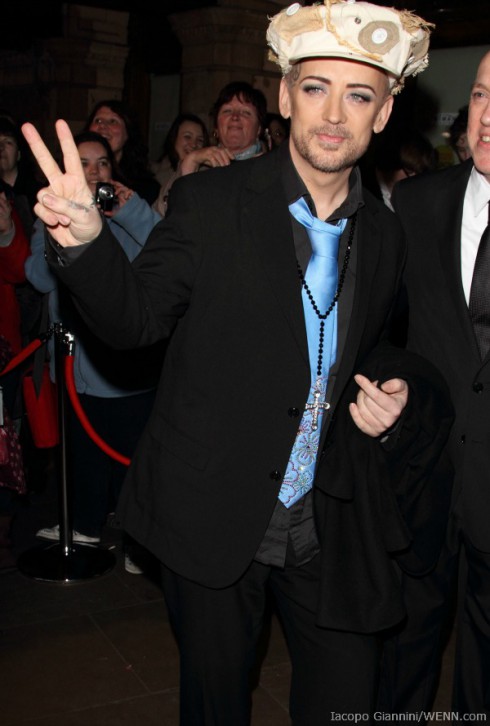 When Boy George attended the What’s on Stage Awards last weekend, people immediately began talking about his newly trim figure. After steadily gaining weight in recent years, the famed Culture Club singer recently committed himself to a healthy diet — and lost a whopping 50 pounds as a result!

I love that the size of my ass is trending worldwide! 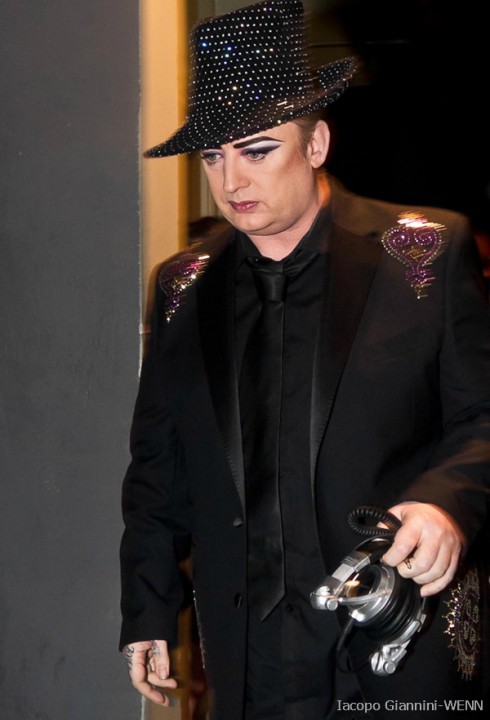 “I am a real foodie and absolutely encourage the enjoyment of food! My guidance is realistic, practical and achievable — always with the goal of improved health and well being,” wrote Freer. She also refers to herself as a “nutritional therapist” who aims to help people achieve and maintain weight loss through healthy methods.

Although the relatively strict diet plan may not work for everyone, it seems to be a fit for Boy George. He looks younger than he did five years ago and seems to be enthusiastic about the eating plan. The 51-year-old star has even been tweeting like an amateur chef!

Mmm, porridge with cherries & a dash of cinnamon! Cook the cherries with the porridge! Bloody gorgeous! — boygeorge (@BoyGeorge) February 8, 2013

It’s especially nice to see the blue-eyed soul singer take steps to better himself, considering he’s received more attention in recent years for drug problems than for music. Plus, it appears that the healthier lifestyle has given him more energy… He recently announced he’s back in the studio recording a new album.