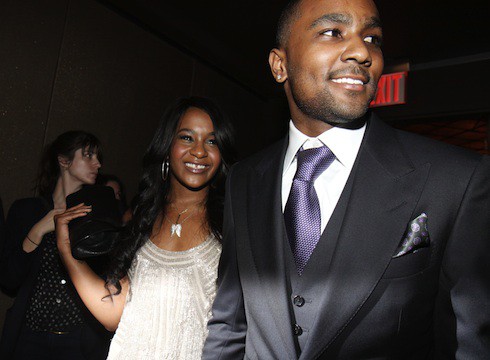 Since the last Bobbi Kristina update, numerous reports of potential video evidence have cropped up. Initially, investigators hoped that the alleged evidence would clear at least some of the confusion among the many Bobbi Kristina allegations; now, though, it’s uncertain whether there actually is surveillance video of Bobbi Kristina’s final night before the bathtub incident–and, if there is video, what it shows.

Reports of surveillance video footage first appeared during the last Bobbi Kristina update, in which Nick Gordon confessed to getting into a fight with Bobbi Kristina the night before her January 31st bathtub discovery. However, Gordon denied that the fight became physical at any point, and his lawyers asked that the $10 million civil lawsuit against him be dismissed. Gordon’s lawyers filed the following claim as part of their request:

The “video footage” that Gordon reviewed was thought to be taken from surveillance cameras in and around Bobbi Kristina’s Roswell GA townhouse and property. Gordon has not commented publicly on the nature of any such footage or cameras, nor have his representatives or legal team responded to queries about where the cameras might have been pointed, or what they might have seen.

Bo Dietl, a homicide detective with the New York Police Department, recently speculated as to the possible nature of any video footage that might have been taken from inside the house. “That sounds very strange,” Dietl said, “the part about changing clothes. Obviously, [it] could have been the blood splatter on his clothes when she got her tooth knocked out–that could be a reason to change clothes.”

Dietl added, “If they had these cameras going, they may have actually captured video of him assaulting her.”

However, it’s also unknown if there are cameras in or around the bathroom in Bobbi Kristina’s townhouse–and, thus, whether there is footage of the Bobbi Kristina bathtub incident itself.

No criminal charges have been filed against any party in the Bobbi Kristina case. The investigation into foul play remains open.