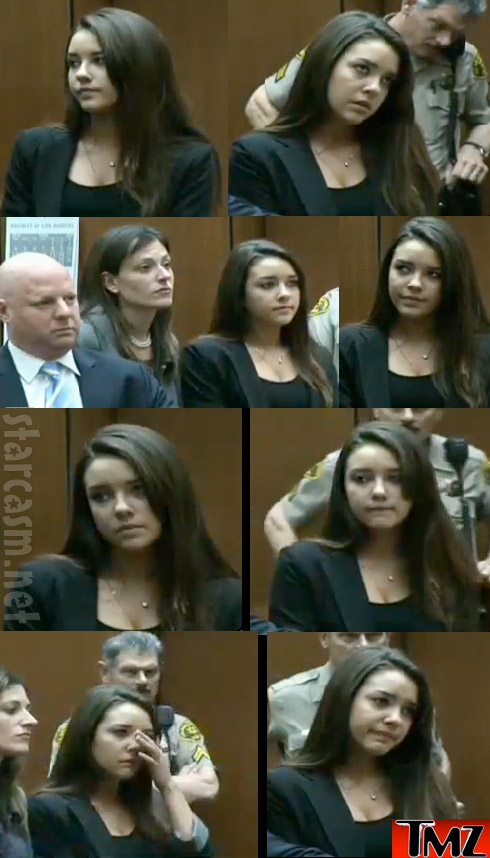 Alexis Neiers, alleged ‘Bling Ring’ conspirator and star of the E! reality show Pretty Wild, has just pled no contest to felony burglary charges stemming from her involvement in the robbery of actor Orlando Bloom’s home on July 13 of last year.

The plea will result in six months in jail, three years of felony probation and paying restitution to Mr. Bloom in an amount to be specified at a later date. Her sentence is technically a two-year suspended sentence, which means that if she violates the terms of her parole (which includes not going within 100 yards of Orlando Bloom’s home) she will serve out the full two years in prison. Alexis must surrender herself sometime before June 24.

There was reportedly close to $600,000 worth of items stolen from Mr. Bloom’s home, including artwork, clothing and more. There are allegedly only four people that participated in that particular robbery (according to security footage from the scene and Bling Ringer Nick Prugo’s testimony) so restitution could easily top $150,000.

Alexis initially told detectives she was drunk the night of the robberies and claims she did not know about the planned break in and did not participate in the robbery. Her attorney’s tried to have her confession thrown out because she did not have a lawyer present during the interview, but the judge ruled Alexis was aware of her rights and answered the questions without an attorney present voluntarily.

During the court proceedings Alexis initially appeared frustrated and bored but as the prosecutor began to read the charges she was pleading no contest to and the sentence she was about to receive she appeared to get emotional.

No word if E! plans to make Alexis’ incarceration part of Season Two of Pretty Wild.