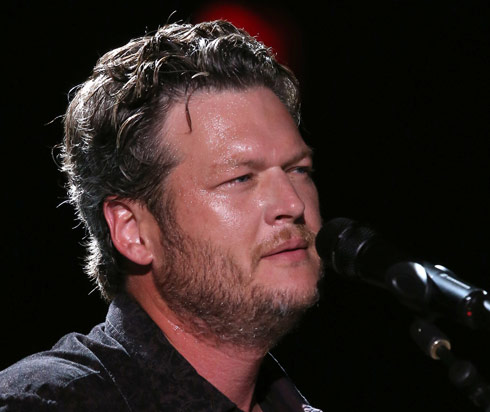 As Vince Gill recently pointed out, the endlessly protesting protesters of Westboro Baptist Church are dipsh*ts. When fellow country music star and The Voice coach Blake Shelton found out one of his shows was on their hatey-hate picket list he had some good ol’ “hate ya’ right back” fun via Twitter.

Westboro doesn’t really need a reason to hate but the one they came up with for Blake was the fact that he’s been married twice which according to their doctrine means he’s a “vulgar adulterer,” or some crap like that.

Hey @WBCSays.. This isn’t about God. It’s about me using this opportunity to make y’all look like the absolute complete dipsh*ts you are.

Also @WBCSays… Y’all may want to keep an eye on ur women at my show.. I’ve got a few band and crew guys that’ll be smacking that holy ass!

You know what else god hates? Inbreeding… pic.twitter.com/E6OuO5hZrF

Hey @WBCSays… How’d you get Napoleon Dynamite to picket for you?!! That’s awesome!! pic.twitter.com/5wjxXCmc8L

Hey @WBCSays.. I see the problem now! I can help! Let’s all chip in and try to get this goofy looking dipsh*t laid. The tweet referenced the image below: 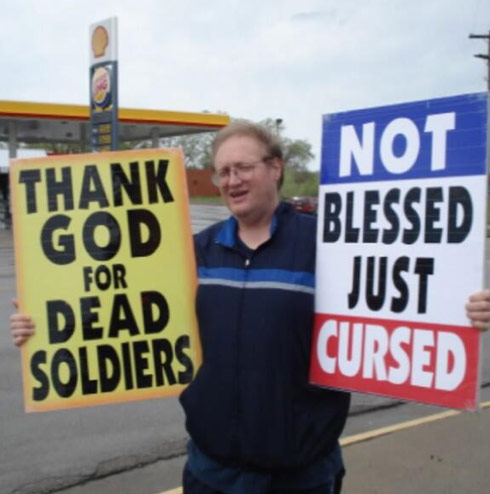 “It gives me peace knowing that not one of the waterheaded dipsh*ts from WBC could ever whip my ass… Ever.”

While nearly everyone agrees with his position, do you have a problem with the use of the derogatory slang “waterhead” used by Shelton during his tirade?

Are Gwen Stefani and Blake Shelton getting engaged during her Christmas special?