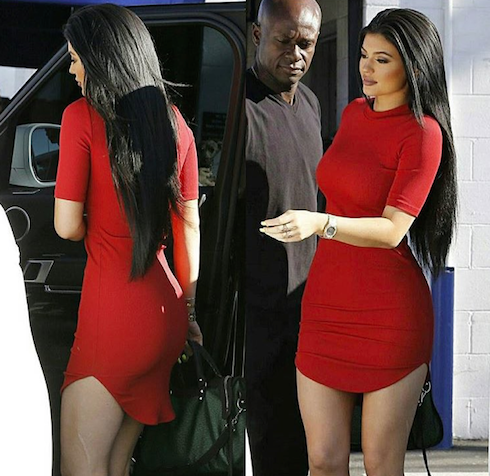 The Blac Chyna–Kylie Jenner feud was quiet for awhile, but it looks like that’s all over. Now, things are heating back up, thanks to some recent comments Blac made regarding the true nature of the Tyga-Kylie Jenner relationship.

According to a new report, Blac Chyna thinks Tyga’s reasons for moving into Kylie Jenner’s brand-new California mansion go beyond just love and affection. Chyna says that Tyga’s just looking for a free place to live, is using Kylie for the space and her money–and that his true motivation couldn’t be more obvious.

Said the source behind the report: “If [Kylie] can’t see that Tyga’s using her, she’s even more foolish than she looks.” Kylie, 17, has been reportedly dating the 25-year-old Tyga for months, such that their relationship has become the biggest open secret in Calabasas.

The source added, “But, hey, Blac doesn’t care. She’s not interested in using her dollars to take care of a grown man.”

It’s not clear if Blac Chyna, 27, is interested in rekindling the flames of passion she once shared with Tyga–flames that resulted in the pair’s two-year-old son, King Cairo.

This week, Kylie Jenner moved into her new home, a 4,900 square foot Calabasan estate she purchased in February for $2.7 million. She set aside an entire room for King Cairo, calling it his play kingdom and capping it off with a throne she had built especially for the little guy.

According to another report, though, it isn’t all sunshine and lemonate for the Tgyster. Kylie’s putting him through his paces as she moves all of her things out of the old Jenner homestead and into her very own place: “She’s got a laundry list of things to do,” said the second source, “and she’s putting Tyga’s a$$ to work. She’s written Tyga a to-do list and it’s posted on one of the walls in her kitchen and she’s texted it to him, too.”