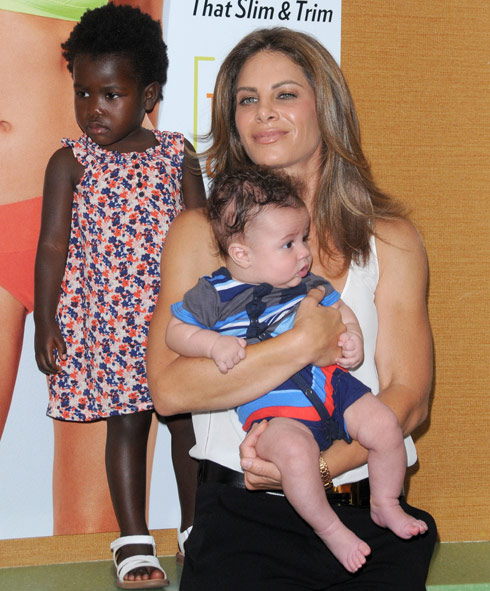 When The Biggest Loser rolls around in January for its 14th season there’s gonna be a familiar face motivating the contestants to reach their weight loss goals. Jillian Michaels is back!

In December of 2010 the hard-driving trainer announced that she was stepping away from her popular role on the show to start a family. She wrote:

“I want to take a year off TV and focus on becoming a mommy and doing more charity work.”

As I figured, it didn’t take long for Jillian to get herself motivated and accomplishing her goals in the realm of mommy-hood. In May she welcomed 2 new children along with her partner, Heidi Rhoades. The two adopted Haitian born Lukensia and on the same week Rhoades gave birth to their son, Phoenix.

This season’s Biggest Loser looks to address the issue of childhood obesity as it will also include contestants ages 13-17. The teens will not face elimination and their weigh-ins will not be broadcast.