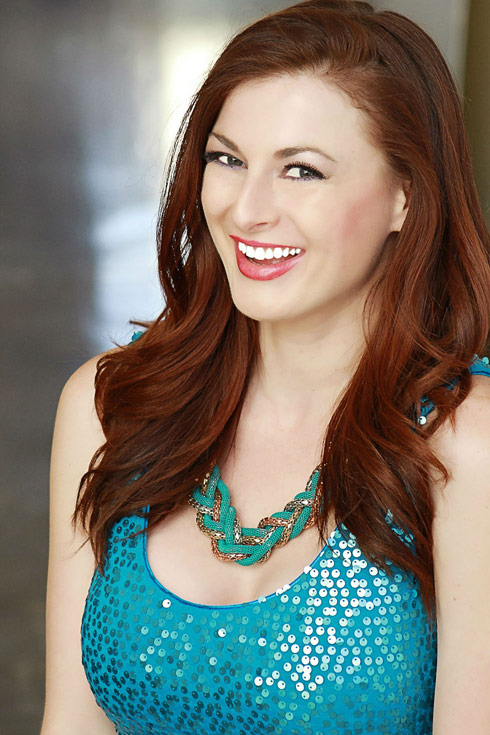 I don’t know if there’s any person out there with a more impressive reality show resume than two-time Big Brother houseguest (and winner of Season 13!) and two-time Amazing Racer Rachel Riley, so of course it would make sense that Fox would hire her on as their new reality TV expert on their show Hollywood Today Live!

Rachel shared the big news with her Twitter fans this morning:

As far as her qualifications, Rachel tells us, “I feel like at this point in my reality TV career I have done it all, from being a reality TV athlete, to being a guest on docuseries, to filming our wedding and looking for a house — all on reality TV. So, who better to report on reality TV gossip!”

In addition to her vast experience on reality shows, Rachel also has put in a good deal of time talking about reality shows as well. Rachel and Expedition Impossible alum Ryan Carrillo are currently the hosts (as well as creators and producers) of BiteSize TV‘s weekly “Reality Relapse” Youtube show. Here’s a sample episode of “Reality Relapse” titled “This Week’s Pure Reality Gossip,” which should give you at least a rough idea of what to expect when we see Rachel on HTL:

* Hollywood Today Live is a BiteSize TV show, so hiring Rachel on is essentially them liking what they have in-house, and promoting from within!

What will happen with “Reality Relapse” going forward? “We will still be doing weekly ‘Reality Relapse’ segments on BiteSize TV,” Rachel assures us. 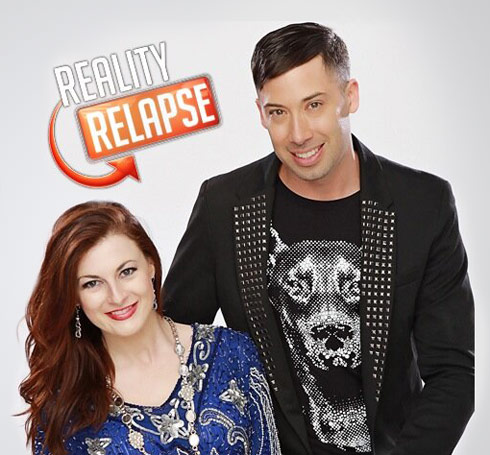 So how can you watch Hollywood Today Live? Unfortunately, it is currently only available in nine markets including New York, Los Angeles, Minneapolis and Charlotte — but that doesn’t mean you still can’t get in on the fun. “For those not in the Fox markets airing the show, they can check out BiteSizeTV.com!” Rachel points out. “We have the videos posted, and there is also a YouTube page with all the segments. ‘Reality Relapse’ is also LIVE on Thursdays, if people want to watch a LIVE taping!”

But enough about business, let’s talk reality TV, right? We asked Rachel a few fun questions, and of course she was willing to play along. 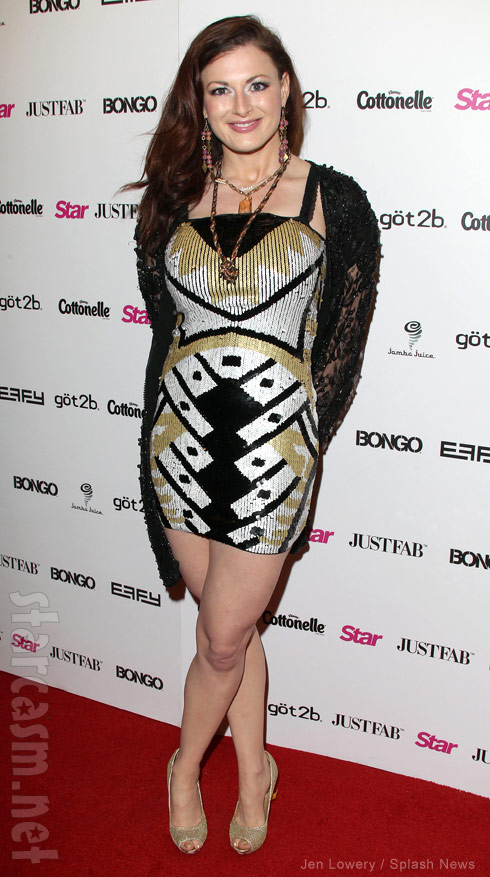 What is your favorite reality show you haven’t been on yourself?

My favorite reality show that I haven’t been on yet is Survivor! I think it would be fun to test my reality skills and get crazy on the island! I also am OBSESSED with Candidly Nicole, ALL the Housewives, and I can’t wait for Utopia!!!!!!

And among the reality shows everybody is talking about, which is your least favorite?

My least favorite show that every one is always gossiping about is Marriage Boot Camp… I like some of the characters, but I can’t get into all the produced situations on the show. I prefer Couples Therapy — it’s more raw emotions, and doesn’t come off as so produced!”

It was recently announced that you will be starring alongside Farrah Abraham in her film acting debut, the slasher film Axeman II: Overkill. What are your thoughts about working with one of reality TV’s most infamous stars?

I think that its going to be interesting to work with Farrah Abraham… I think that we all know of her ‘ahem’ “acting” skills in some of her more recent projects… but the thing about Axeman 2 is that it’s just a fun, campy horror flick — think back to the AMAZING flicks of the ’80s — this one is just as Epic! It’s going to be a lot of fun to work on the project, and [director] Joston Theney has an eye for the gooey glory that Horror fanatics love and want to watch! It’s a really fun script and quite witty with the jokes! 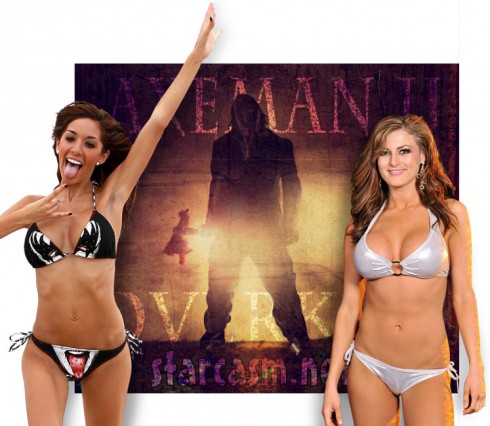 And speaking of Farrah Abraham and gooey glory, what are the chances that a Rachel Reilly sex tape might someday surface?

You will definitely not be seeing any Brenchel sex tapes! But, a Brenchel baby is definitely on the agenda, especially since my hubby graduates with his PhD in a year! 🙂 [more on Brendon’s pending doctorialization below] [Wait — A BRENCHEL BABY?!?]

OK, back to Axeman II: Overkill. Theney was recently asked about the new cast members being added to the Axeman sequel and he said, “The first to be added to the cast was Rachel Reilly from Big Brother who blew us away with her audition for the role of ‘Breaker’, a double-crossing bank-robber whose only loyalty is to a paycheck.” Can you reveal anything about your character, and what about the part has you the most excited?

I GET TO WEAR A CAT SUIT THE WHOLE TIME so I’m doing 1000 squats a day! Haha! And I think what’s going to be the MOST fun about this is watching people’s reactions! I can’t wait! I’m going to have my eyes covered for most of it! Hehe I also think it’s going to be fun to play a bad ass – bad girl!!!! Being on reality TV is so different from acting and it’s so fun to really lose your self in a character. I think were going to be laughing the entire time were filming! 😀 ”

If you hadn’t found your soul mate (and future husband) in Big Brother housemate Brendon Villegas, what other reality star would you most like to date?

If I didn’t find my TV soul mate in the Big Brother house I would probably not be dating a reality TV personality! Hehe But, if I were to pick a hottie, I would want to go on a friend double date with Bear Grylls because he’s so talented, fun and adventurous. And he and his wife have been married 14 years and have 3 children! Awww 🙂 He would give Brendon and I good marriage advice 🙂 ”

Oh, and speaking of Brendan, how is he? 😉

Brendon IS AMAZING! 🙂 He’s at school working hard on his PhD and is going to graduate next June. We are both REALLY excited — it’s been 5 years! 🙂 Hehe 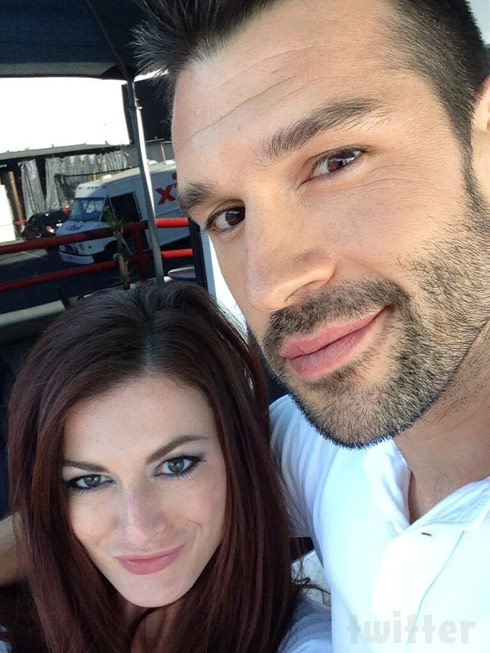 Once again, congratulations to Rachel on her latest success story! We’ve been HUGE fans of Rachel’s ever since her grating, but wonderfully entertaining, national debut on Big Brother Season 12. Back then I became quite the Rachel Reillyologist as I managed to dig up all sorts of funs things from Rachel’s pre-reality-show stardom that, in retrospect, were obviously just early entries on one helluva entertainment industry resume! Check out some examples:

Big Brother 12 Spoilers 8/7 – Is Rachel going home? Is there a new Saboteur?