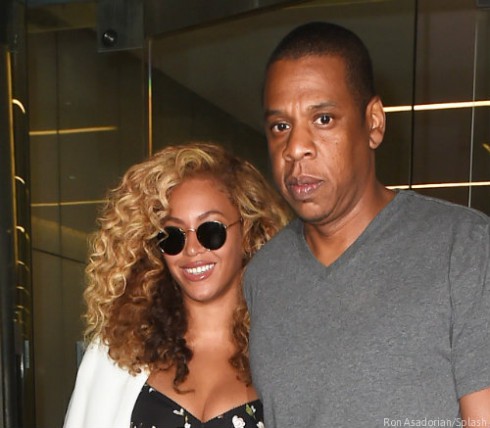 What a coincidence! Days after new reports that Beyonce and Jay-Z are headed for a divorce, the pair was caught kissing by paparazzi while on a family vacation in Italy.

Here’s a detailed analysis of the PDA courtesy of E! News…

Just last week’s cover of InTouch declared a divorce announcement was coming soon and Beyonce is “ending their increasingly toxic relationship.” An insider said, “It’s dead. Bey is sick of keeping up the ruse of happiness, and she’s done.” Gossip Cop said the story is bogus, but it seems Beyonce and Jay-Z wanted to make a wordless statement of their own with the new pictures.

This isn't the set of a music video – it's @Beyonce and Jay Z's real life http://t.co/LdXjQGhPNI pic.twitter.com/6nZBsZQ2nK

However, the pictures are just fueling some of the doubts about the state of the Carters’ marriage: Body language expert Dr. Lillian Glass told Radar Online the pictures strike her as inauthentic.

“This kiss is so fake because when you really kiss someone, your head tilts to the side more, which shows intimacy and passion,” she said. “These two are making sure to get their entire face in the frame. Also, look at Jay Z’s facial expression. He is clearly very unhappy.”

Regardless of how genuine the pictures are, it’s clear Beyonce and Jay-Z want the public to know they’re sticking together for now!

Beyoncé: Gender equality is a myth