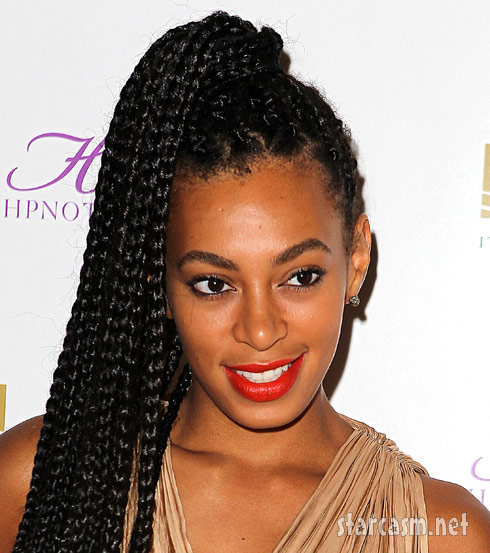 While her big sister Beyoncé was making big headlines with a baby announcement at the VMAs, Solange Knowles was on Twitter sounding off on the Miami Beach Police following an incident involving a big banana and an alleged pulled weapon.

According to the police, Solange Knowles was denied entrance into a Miami Beach club because she was carrying a five-foot tall inflatable banana. An official for the Miami Beach Police Department described the event as “really outrageous.”

Here is Solange’s tweet-blasts from yesterday: 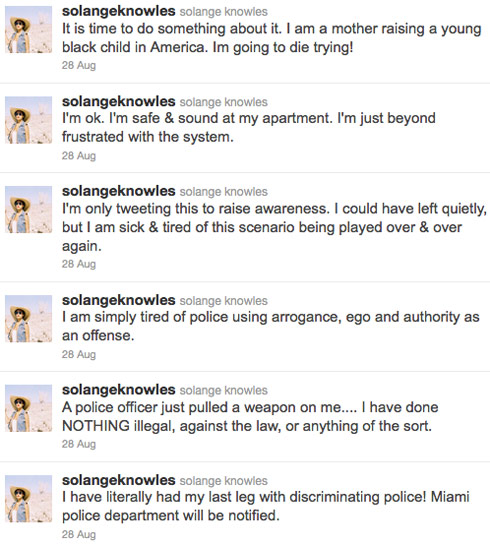 From her tweets many were outraged and contacted the Miami Police department, but they had the wrong cops! It was actually, as stated above, the Miami Beach Police department that Knowles had a beef with. This forced Miami’s police to make a statement of their own:

“Over the weekend, the lion’s share of the mainstream and entertainment media reported that the Miami Police Department had a confrontation with Solange Knowles, the sister of Beyonce Knowles of record and movie fame. We have investigated and found that this incident DID NOT occur in our city.”

This sh!t is bananas, b-a-n-a-n-a-s! On a serious note, the accusations that Solange is making are very serious. In light of this, the Miami Beach Police Department is considering launching an internal investigation. Summing the whole thing up Solange tweeted, “Scare tactics don’t WORK.”

Lindsay Lohan wanted for all the wrong reasons again