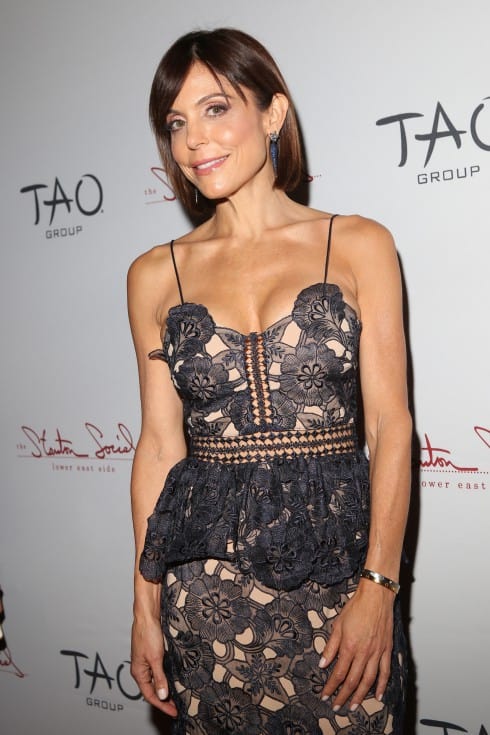 After an agonizing and grueling legal battle over money, property, and parental rights, Bethenny Frankel finalized her divorce to ex-husband Jason Hoppy earlier this year.

With the divorce drama behind her and a new romance in the works, life has been going well for the Skinny Girl mogul. This week, however, a new report has surfaced indicating there is now tension between Bethenny’s boyfriend, wealthy New York businessman Dennis Shields, and her ex-husband. 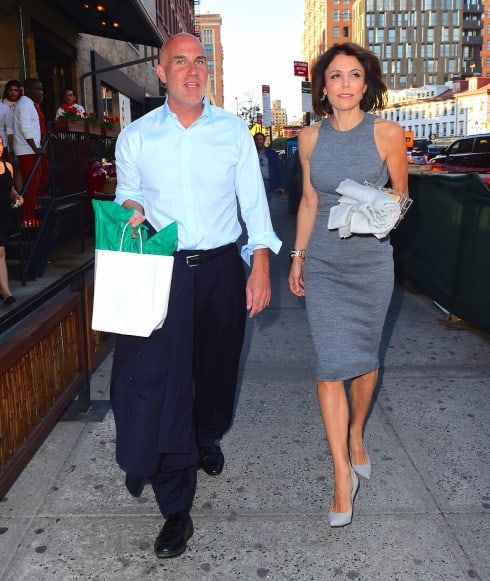 In the last few months, Jason has inundated Bethenny with a slew of derogatory and hateful emails. According to TMZ, “there’s a running theme in all the emails that Bethenny is ugly, old and irrelevant” and advised Bethenny’s new beau to “run for the hills, like all her boyfriends before.”

To make matters worse, Jason CCed Bethenny’s boyfriend on all the emails.

After receiving 49 emails in 70 days, Bethenny and Dennis are fed up.

Dennis’s lawyer sent Jason a letter regarding the “increasing frequency and hostility” of the email communications and is threatening legal action if they don’t stop immediately.

While Bethenny hasn’t commented on the situation directly, she did respond to a fan who called Jason out for his poor behavior. 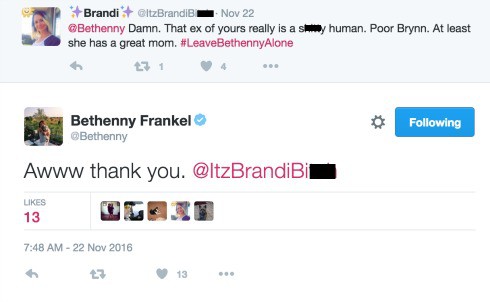 On the day the report surfaced, Bethenny received a tweet that read, “Damn. That ex of yours really is a sh–ty human. Poor Brynn. At least she has a great mom. #LeaveBethennyAlone.”

Bethenny replied with a simple, “Awww thank you.”