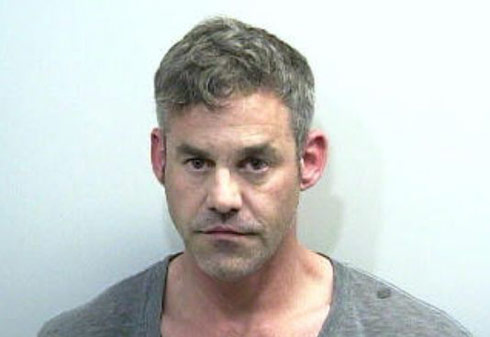 A warrant has been issued for Buffy the Vampire Slayer actor Nicholas Brendon.

The 44-year-old failed to submit urine samples as part of terms from a pretrial release agreement stemming from his arrest for trashing a Tallahassee, Florida hotel room in March.

Via the Tallahassee Democrat:

The warrant was issued April 8 after court records say he failed to submit random urinalysis March 25 and 30 as part of his pretrial release terms. The terms of his release included no alcohol or drugs, random urinalysis and alcohol checks once a week.

Brendon, who’s had a history of run-ins with the law, said after this most recent arrest that he had been abusing alcohol and taking prescription meds to try to cope with a deep depression caused by being sexually abused as a child.

He is scheduled to be arraigned in Leon County on Thursday.

MUG SHOT Guess what this Arkansas woman is accused of stealing

This is how 77-year-old Giorgio Armani rolls