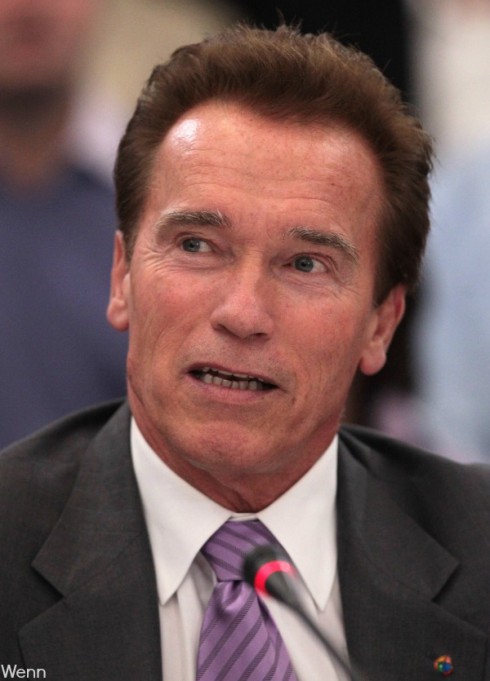 Former California governator Arnold Schwarzenegger is reportedly lobbying for a constitutional amendment that would allow him to run for president in 2016.

Although Arnold was governor of the country’s most populous state from 2003 until 2011, the Austrian-born politician is unable to run for president because of the pesky little Article II, Section I, Clause V of the American Constitution: “No Person except a natural born Citizen, or a Citizen of the United States, at the time of the Adoption of this Constitution, shall be eligible to the Office of President; neither shall any Person be eligible to that Office who shall not have attained to the Age of thirty five Years, and been fourteen Years a Resident within the United States.”

The New York Post reports Arnold is openly campaigning for a constitutional amendment and plans to file legal paperwork soon. It’s not the first we’ve heard of Arnold’s presidential goals: Back in 2010, he told Jay Leno he would “without any doubt” run for president if foreign-born citizens are made eligible.

Still, he faces an upward battle. If and when he files the paperwork, Arnold’s proposed legislation would need approval from two-thirds of the House of Representatives and Senate. Plus, he only had a 20 percent approval rating while serving as governor in 2010 — and that was before news broke that he has a love child.

Despite the low approval ratings near the end of his term, Arnie did earn praise for his bipartisan efforts.

“He did us a great service because he tried everything,” New America Foundation Fellow Joe Matthews told Time. “He fought with people, he circumvented the legislature and went to the ballot measure, he compromised, he tried for spending caps, rainy day funds, raising taxes, cutting programs, working with the Republicans, working with the Democrats.”

Would you like to see The Governator become The Presinator?

Controversy heats up over Gwen, the $95 homeless American Girl doll