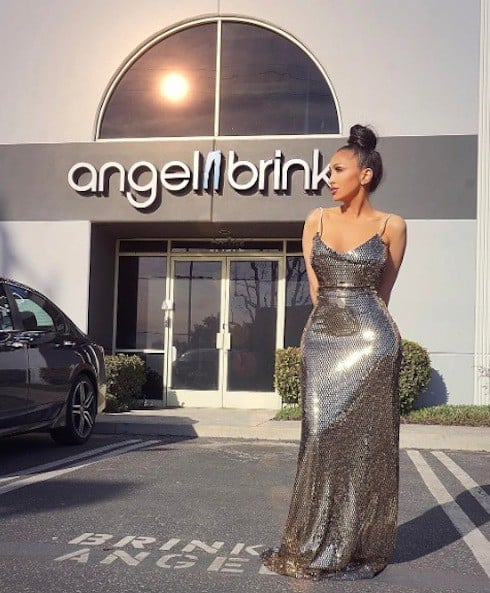 A few months ago, Angel Brinks made the unofficial announcement of her departure an unexpected highlight of the Basketball Wives LA Season 5 reunion. Angel’s openness about everything from her checkered past to her ambition (and growing success) as a fashion designer made her a fan favorite for the past three seasons. Plus, the Season 5 reunion already both confirmed the firing of DJ Duffey and hinted at Jackie Christie’s possible departure, so some fans just assumed that Angel was threatening to quit for leverage in contract negotiations.

But when BBWLA Season 6 began filming a few weeks ago, Angel was nowhere to be seen. Naturally, her fans reached out to her on social media to ask if the rumors were true–and what they got back was an unfortunate awakening, one captured by fan site BBWLA News: 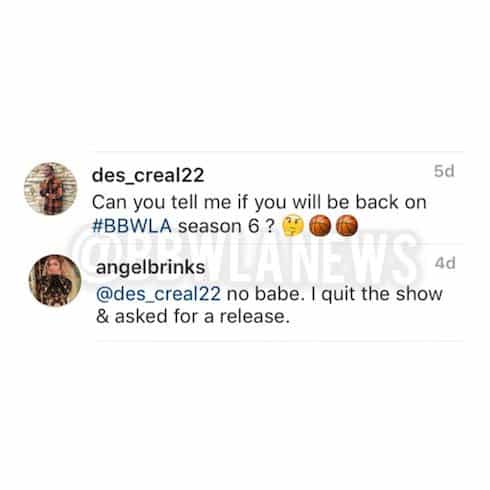 The writing was already on the wall for Angel when Evelyn Lozada announced she was coming back to the show for Season 6. And, just a few days before the above response, Angel took to social media for what was widely believed to be another unofficial acknowledgement that she was gone:

So the official news didn’t come as a complete shock. Still, it’s always a shame to see a fan favorite leave the show that helped make her name. But it looks like Angel is completely comfortable leaving the past in her rearview mirror–as we’ve noted before, she has a *lot* of business outside the show, most of it centered on her ever-expanding design empire. A recent picture from her endeavors at a fashion forum in Miami summed it all up: business, family, and pleasure, all in one shot:

All I live for, tagged in one photo. #Love #Passion #AnEmpoweredYou

If you’re interested in keeping up with Angel’s latest designs, make sure you follow her fashion-specific IG account, @AngelBrinksFashions. Best of luck to her going forward 🙂

As for BBWLA Season 6, new episodes are expected to air this coming summer.