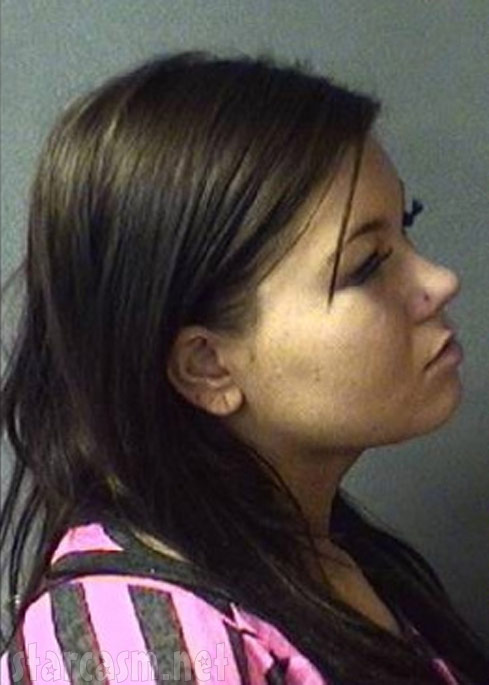 Teen Mom star Amber Portwood was arrested earlier today and looks to be spending Christmas behind bars. The announcement is difficult news for Amber’s family, who have had to suffer through all of Amber’s past difficulties in the harsh spotlight of the media, and her brother Shawn Portwood took to his blog to ask fans to refrain from their hateful comments during this difficult time.

Do you not have hearts?

My sister and I have not got along so well over the last few months but I would never say what some of you have said toward and about her. To be honest, some of you people are just so hateful that it is disgusting. It is sad how much hate people have in their hearts today. My sister has been doing really well even considering how many people are so negative and hateful toward her. It’s really just sad. She has been doing everything that she needs to but despite what she has done she will end up in jail again for nonsense. This is supposed to be a joyful holiday season and for most of you it will be. As for Amber and her family, myself included, this is another dreaded holiday. I hope that some of you find it in your hearts to stop being so negative toward her, that is if some of you even have hearts in the first place. Enjoy your holiday and pray for us because we could use that right about now. Pray for Leah as well because this is the second Christmas that she will not be able to spend with her mother.

He then took time to respond to commenters:

Shawn: To be honest, it was just an unfortunate event. I cannot say Amber is not completely to blame in all of this but I know she really didn’t do anything wrong.

Commenter: What nonsense? I am glad Amber is doing so well, and I have nothing negative to say about her.. I do not feel the first time she went to jail was nonsense.. and if she is going this time for the fight at IHop, then I don’t think that is nonsense either. Again, don’t wanna say anything negative.. however, adults have to take responsibility for their actions. Violence is not the answer.

Shawn: She is not going to jail for a fight at IHOP. She is going to jail for something completely unrelated. The incident at IHOP was some girl running her mouth and really nothing more. I do not believe the first time was nonsense but this time is.

Shawn spoke with E! and revealed that Amber was arrested after she missed a recent probation hearing and when authorities came to her house they discovered some “old pills” in Amber’s purse that she says were from an earlier prescription. She was unable to provide proof that she had a prescription for the pills and as a result was arrested and placed in jail.

I don’t know a lot about law, but I assume that if Amber does have proof that she had a prescription for the drugs in question then they can straighten all this out and she’ll be out of jail soon. Either way, hate for Amber right now doesn’t do anyone any good, especially her and her family. We will keep you updated.

I want to debunk some of the outrageous claims.

— “Failure to behave well in society” — namely, drinking too much and hitting a person at a restaurant last month

(Negative! Amber did not hit anyone. The girl was starting trouble with her. Amber cannot go anywhere without someone trying to start something with her because of who she is.)

— Failure to obtain a GED

(Amber is currently enrolled in classes to get her High School Diploma, not her GED. Shows how much some of you know.)

— Failure to complete 6 months of anger control evaluation and classes

(Again, you only listen to what you see on the internet. Amber sees a psychiatrist two times a week for anger and depression.)

(I am sure that she does not have a problem paying any fees considering what she makes a year.)