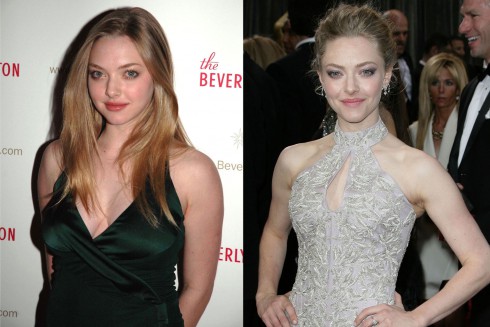 Amanda Seyfried covers Allure magazine for May, and was excited to pick o ut a Zac Posen dress that accentuated her cleavage.

“It gave some shape up here—they’re assets,” she said of the flowery dress. She once called her breasts “sacks of fat,” in an interview, but she’s stopped thinking of them that way. “Actually, I saw a picture a couple of days ago from when I was 19, and my b00bs were way bigger. They were a D, and now they’re a small C, because I lost weight. There was something so beautiful about the size of them. When I look back, I’m like, Why did I always give myself such a hard time?”

She also told the mag how her upcoming Linda Lovelace biopic helped her singing role in Les Mis. “Imagine (a sex act) and get that feeling in the back of your throat, and then sing. That’s where your larynx is.”

Amanda says she “desperately” wants to play Regina in the Mean Girls musical Tina Fey is developing, and recalls her time with Lindsay  making the Mean Girls movie. “She’s talented. Was. I mean, I don’t know… She was so bright-eyed.”

Even though Amanda covers Allure’s “Look Better Naked” issue, she’s the only actress in the issue that doesn’t appear naked, which she blames on her publicist. She told Page Six: “I would have, but my publicist wouldn’t let me! Actresses Naya Rivera, Jennifer Morrison, Clare Bowen, and Krista Miller did bare all, though. 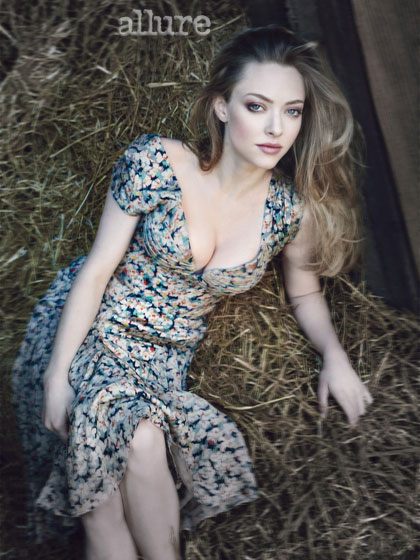