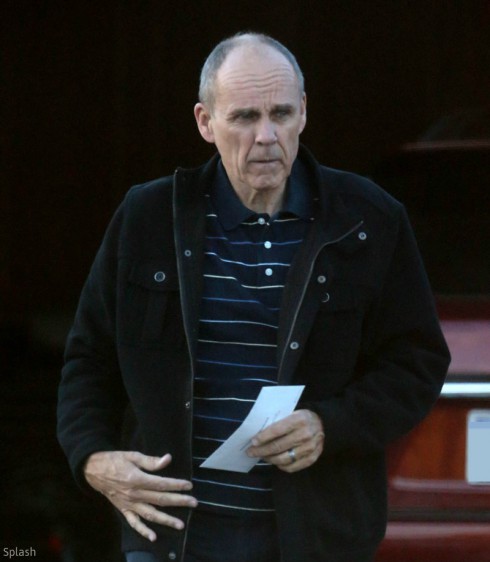 After learning that her parents were preparing an intervention, Amanda Bynes reportedly flipped out and made a desperate attempt to flee New York City — but not before accusing dad Rick Bynes of incest.

Starting a long Twitter rant with a message about needing to “tell the truth,” Amanda said Rick called her ugly as a child and asked if she wanted to have sex with him. She said no, but claimed the incestuous behavior continued.

“My dad fondled himself in front of me so many times that i started recording him on my phone in hopes of catching him saying or doing something inappropriate around me so I could get him arrested & put in jail for the rest of his perverted life,” she said. She explained mom Lynn Bynes was aware of Rick’s “literally and physically incestual towards his own daughter [sic],” but never called the cops.

Vowing not to be “manipulated or brainwashed by anyone anymore,” Amanda said she is meeting with a lawyer today to get a restraining order against Rick. She added, “I cannot hear the sound of His incestually charged voice ever again.”

Midway through her rant, which lasted for nearly an hour, Bynes family attorney Tamar Arminak told TMZ Rick and Lynn “are heartbroken by these false accusations.” She added the older Bynes children are also “horrified at the situation.” According to TMZ, Amanda’s current whereabouts are unknown.

As we know by now, Amanda is hardly a credible source. (She infamously accused a cop of “slapping” her vagina when she was arrested for allegedly throwing a bong out of her apartment window.) However, this case seems to be a lose-lose situation: Either Amanda is telling the truth or she has just slandered her parents in one of the worst ways imaginable.

UPDATE Amanda retracted her claims, blaming the microchip she recently said was implanted in her brain.