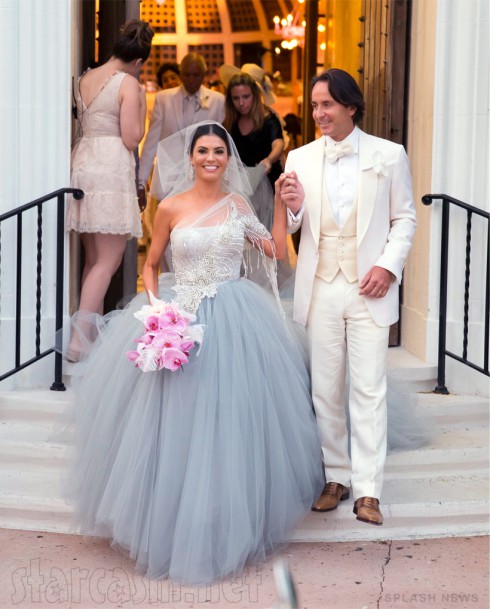 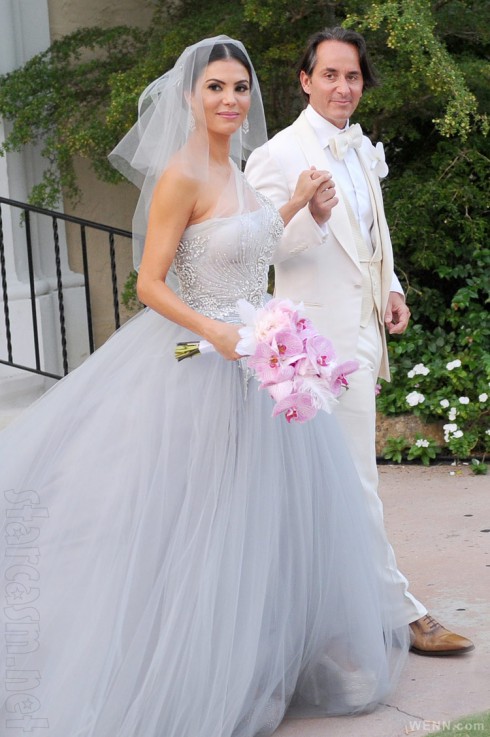 The groom was his usual dashing self in an ivory and white tuxedo, which matched perfectly with the white gowns worn by Adriana’s bridesmaids, Real Housewives of Miami co-stars Marysol Patton, Lisa Hochstein and Alexia Echevarria. The four ladies walked to the church together as the Bravorazzi snapped away: 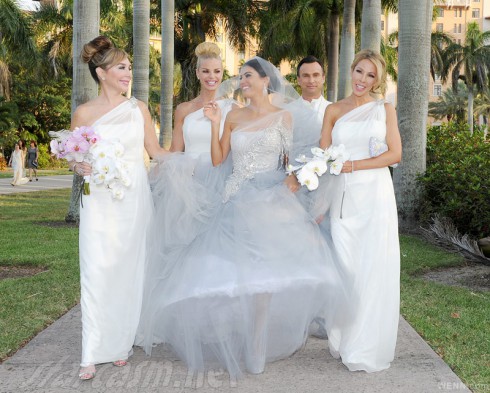 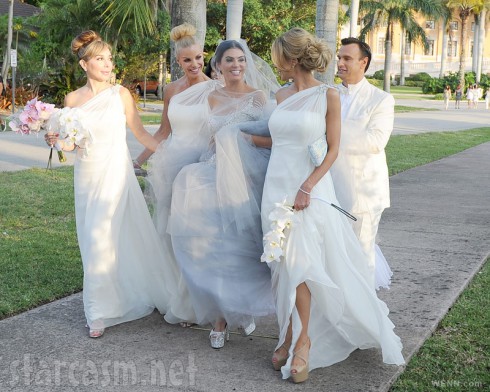 After the exchanging of vows at the church, a reception was held at the Biltmore Hotel with a reported Great Gatsby theme — I can’t wait to see that! The Biltmore also appears to be where Adriana and Frederic also apparently spent their wedding night as the bride shared a picture of her amazing view the next day along with the tweet, “Waking up @biltmorehotel and looking down a gorgeous view #love #RHOM” 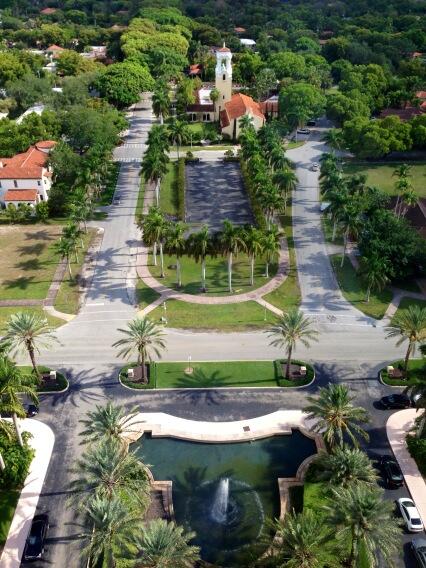 Due to court records suggesting Adriana de Moura and Frederic Marq are actually already technically married, some sites are billing the nuptials as a vow renewal ceremony. But, wither way, it was truly a beautiful and special day for Adriana! And don’t worry, Bravo cameras were there to capture it all on video for the upcoming third season!

Not there to capture it all was Adriana’s on-screen nemesis Joanna Krupa, who was photographed frolicking on the beach Saturday with fiance Romain Zago and their new puppy. Krupa and Zago have plans to get married in June, so there is a possibility fans will get to see two weddings in the upcoming third season! 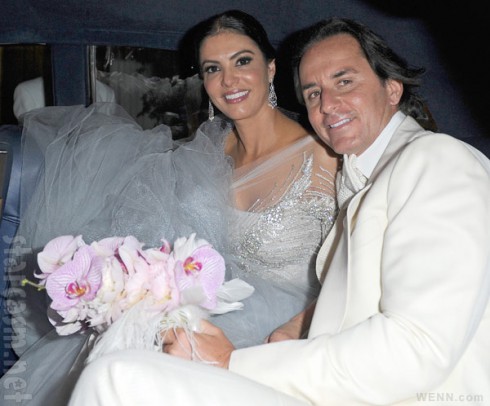 Congratulations again the Adriana de Moura and Frederic Marq! We can’t wait to watch the whole thing on RHOM Season 3! 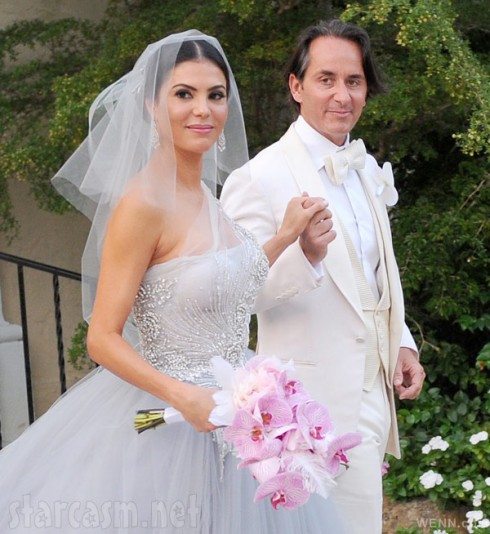 Angelina Jolie and Brad Pitt are close to tying the knot, she confirms