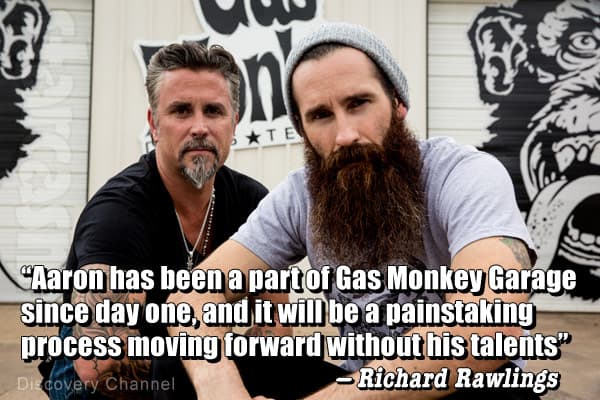 “As you may have heard by now, the Bearded Wonder has decided to leave Gas Monkey Garage,” Richard wrote in a post on GasMonkeyGarage.com. “Aaron has been a part of Gas Monkey Garage since day one, and it will be a painstaking process moving forward without his talents,” he adds.

Richard doesn’t give any specifics about why Aaron Kaufman is leaving the show and the garage, reminding fans that “I like to keep the drama away from the cameras, and that’s something I’ll continue to strive for.” He does reveal that the announcement was apparently as big of a surprise to him as it is to many fans. “I want you all to know that it was not my decision and came completely out of left field,” he reveals.

Richard assures his fans that Gas Monkey Garage will keep doing what they do after Aaron’s departure. “Gas Monkey Garage is not one person, it’s not two people, it’s a team,” he writes. “AK helped me build GMG, and he helped build the team here, which is why I’m confident we will continue to crank out killer rides week after week.”

We will wrap this up with Richard’s messages to fans and to Aaron followed by a long last look at the fellers together:

To our fans, I want to say thanks for all of the continued support all these years, and keep watching because we aren’t going anywhere! Wishing nothing but good luck to Aaron and all past, current and future monkeys!

And to Aaron, I would like to sincerely express my appreciation for the 13 years you put into GMG. We worked long and hard from the bottom to the top. Not everyday was good, and we had our share of disagreements, but it has been a hell of a ride and I would not change a minute of it. Neither of us could have achieved this without the other. Thank You, Sir. 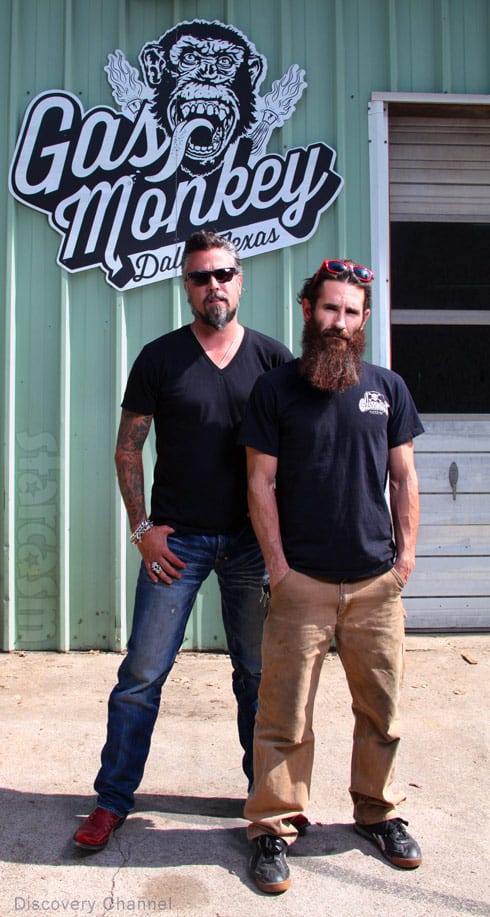 Who is Christie Brimberry, office manager from Fast N’ Loud?