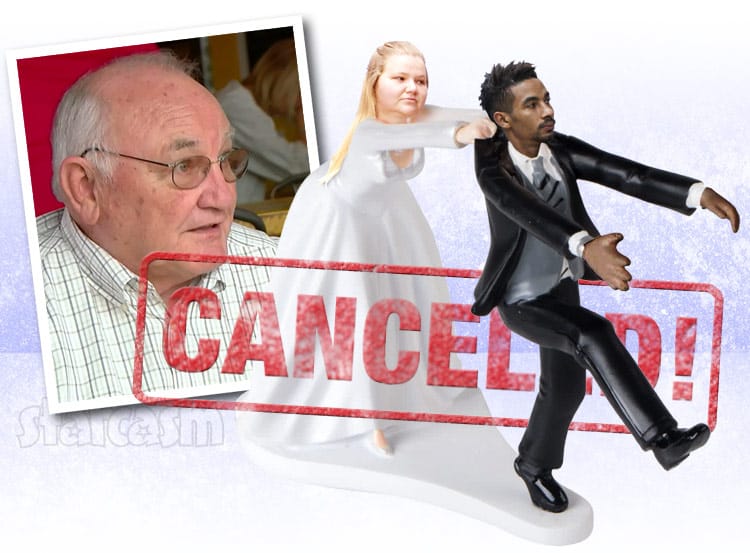 The Wedding of the 90 Day Fiancéntury is off! The stepdad of 90 Day Fiance: Happily Ever After star Nicole Nafziger has spilled the beans and revealed that she canceled her wedding plans with her Moroccan fiancé Azan Tefou!

Fans will recall Joe from his scenes with Nicole in which he does very little to hide his concerns that Nicole was making a huge mistake with Azan. “All he’s doing is milking you for money,” Joe told Nicole flatly. “You are stupid for even doing something like this!” he added.

But, it appears that Nicole’s dream to have a happily ever after with Azan is not over for good as Joe says the two still talk. “I think she still intends to go back,” he adds. “The wedding dress is still there.”

Joe doesn’t mention whether or not Nicole is still sending money to Azan. He also doesn’t share any specific reasons as to why the wedding was canceled. He does say that Nicole was forced to come back to the United States after being in Morocco “almost six months” because her visa was going to expire.

So what is Nicole doing now that she is back in the US? Joe reveals that she has moved out of her converted hotel room apartment and has moved in with a family member. “She is now living with her sister in a mobile home,” Joe says. “Her daughter May is with her.”

In a previous article about whether or not Nicole and Azan had tied the knot (based on Azan wearing what looks to be a wedding ring), I praised show producers and Nicole for somehow preventing any spoilers from leaking. And then BOOM, her stepdad blurts it all out! It seems like he appeared enough on the show to merit a contract, and if so, I assume that it included a non-disclosure agreement? Of course, something tells me that Joe doesn’t care.

Regardless of the spoiler, viewers still have roughly six wonderful months of Nicole and May in Morocco with Azan to look forward to! We also get to see what exactly caused Azan or Nicole to get cold feet, although I get the impression that when it comes to Azan, Nicole’s feet are permanently HOT HOT HOT!

Be sure to tune in to TLC Sunday night at 9/8c for a brand new episode of 90 Day Fiance: Happily Ever After in which we get to see Nicole and May’s arrival in Morocco!