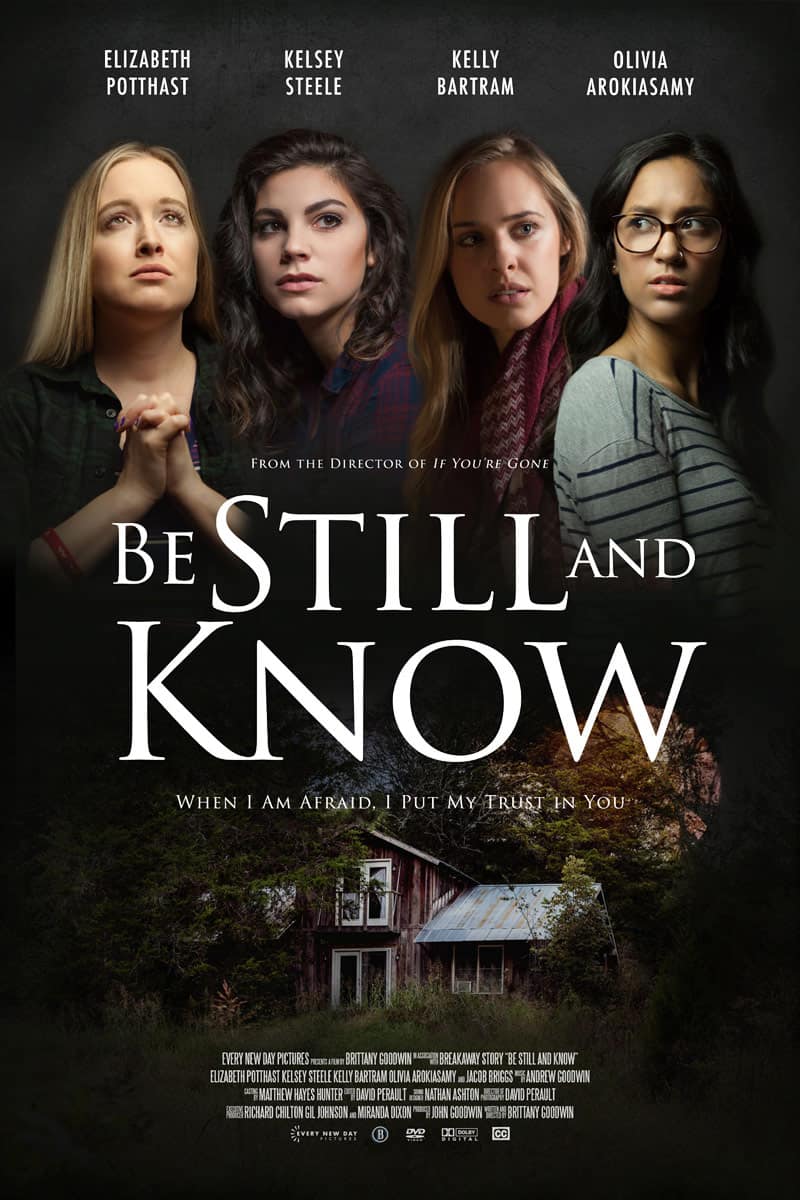 As we were the first to report, 90 Day Fiance: Happily Ever After star Elizabeth Potthast will be starring in a new movie due out this fall. The film is a faith-based thriller titled Be Still And Know, and it is the second feature-length project starring Elizabeth from Every New Day Pictures. (She previously had a starring role in the 2012 movie Secrets In The Snow.)

In June, producers released the official movie poster (seen above) featuring Elizabeth with praying hands along with her three female co-stars.

Fast forward a month and we now have the very first trailer for the film — which has quite a lot of Elizabeth!

Before we get to the trailer, I thought I would set the stage with a couple blurbs about the plot and Elizabeth’s character:

Elizabeth will be playing the role of Sophia in the film. Sophia “left small-town Willow Springs for college in the city the year prior,” and she tries to reconnect with her friend CJ by insisting they spend the fall break in her grandparent’s cabin like they used to do. CJ eventually concedes and brings along her gal pals Jocelyn and Amber.

Jocelyn and Amber, city girls at heart, embrace the wooded retreat but their excitement quickly turns to dread when they discover a vagabond living in an abandoned bus on the property. Heeding his warnings against them, the group of girls’ decision to cut their trip short is foiled when Sophia disappears into the vast wooded terrain. As their fear and suspicions turn the girls against each other, CJ and her friends must find Sophia and decide if they are safer inside the cabin…or out.

Be Still And Know takes a unique faith-based twist on suspense films, as it follows four college students on an ill-fated trip to a remote cabin. Intermixing jump-scares with personal conflict and twists that will keep you guessing, Be Still And Know promises to be an exciting addition to the faith-based film market.

Unfortunately, the vagabond is not Moldovan, and is not being played by Andrrrrei.

I’m not sure what fans’ reactions will be, but I feel confident that I know what Elizabeth’s dad Chuck’s reaction will be: 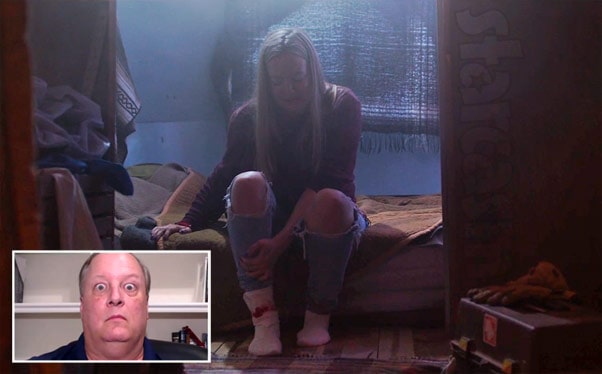 We still don’t have an exact release date for the film, but be still and know that it will be some time in October. 😉