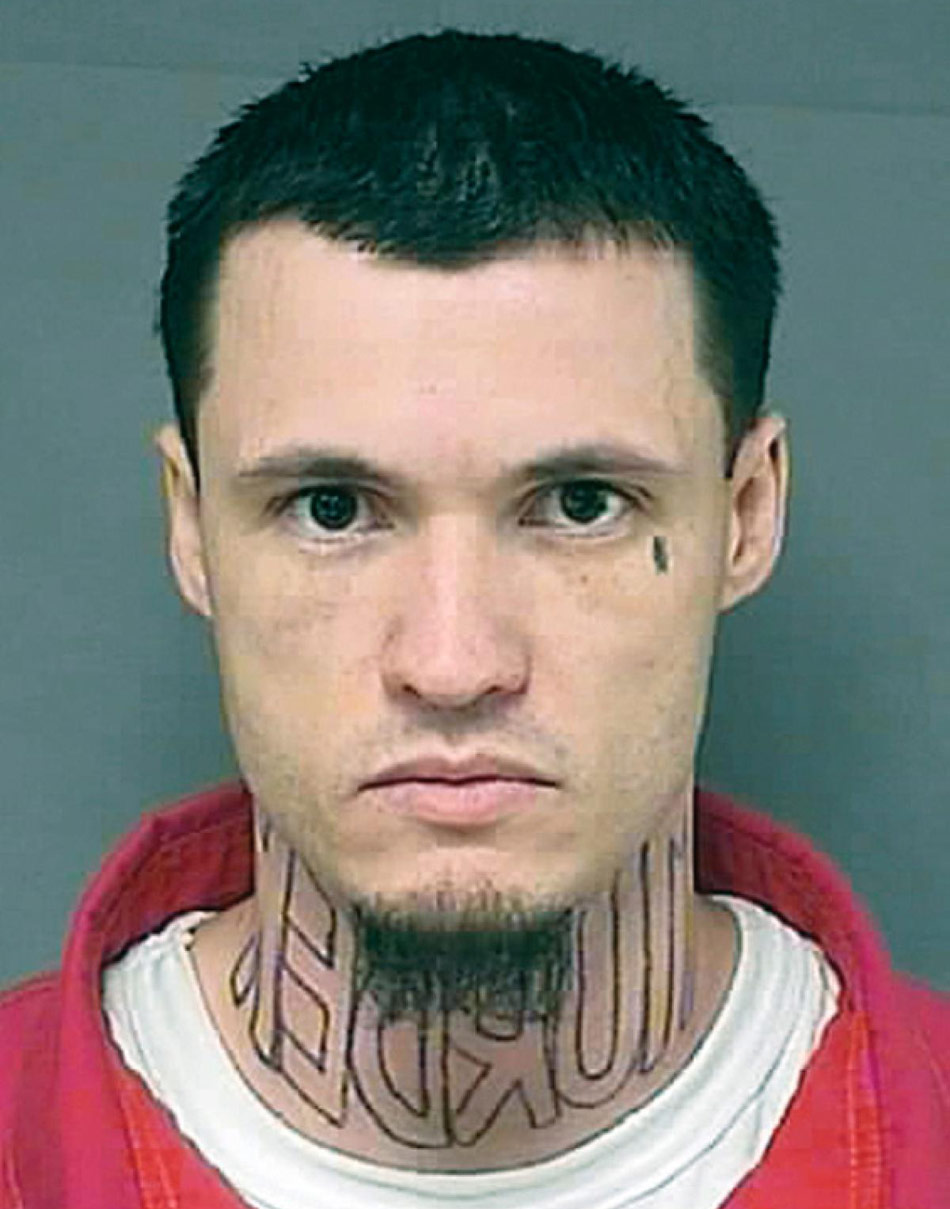 In Kansas a man facing first-degree murder charges is doing his best to petition the court to let him do something about a tattoo that he feels might influence the jury in a prejudicial manner. This might seem like an odd request except for the fact that the ink in question reads “MURDER” in massive lettering across the guy’s neck!

Jeffrey Chapman’s case is scheduled to begin next week. Prosecutors argue that the man with the murder tattoo murdered a man in 2011, leaving the victim’s body in a roadside ditch that hunters later discovered.

The AP is reporting that Chapman’s attorney is petitioning the court for a special accommodation that would allow the state to bring in an artist to alter the massive mirror-image MURDER tattoo.

On a side note – this would make for the greatest episode of America’s Worst Tattoos ever. 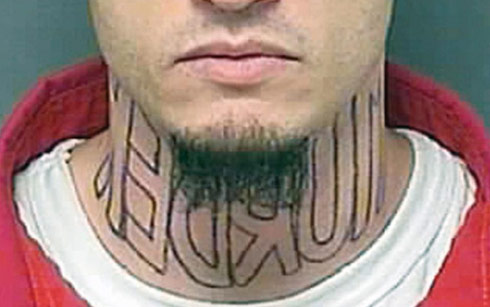 As for the prosecutors, they aren’t down with the idea arguing that tattoo professionals can only do what they do in licensed facilities of which the jailhouse is not included. They have suggested that Chapman put on a turtleneck or bandage.

You can click on the top image for a full-page view. HT: Gawker