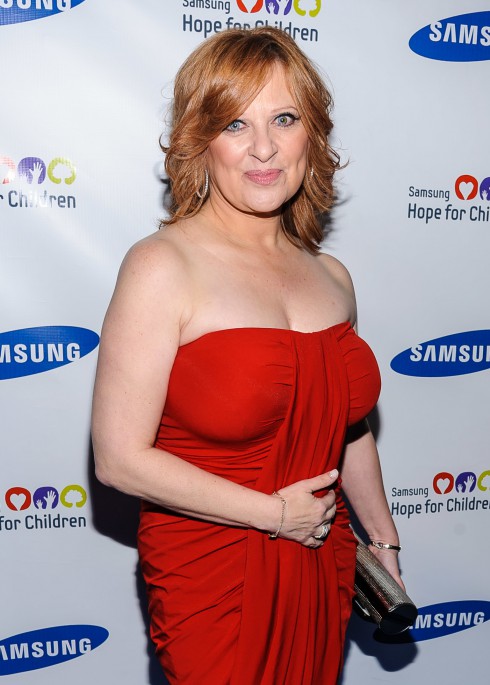 Caroline Manzo and her sister Dina are no longer in contact following a messy feud which began after the second season of The Real Housewives of New Jersey. Last night, Caroline and her family appeared on Watch What Happens Live where they addressed the ongoing dispute.

“My sister — I’ll kiss her hello. It’s just that we’re not like friends right now,” Caroline told Andy Cohen in response to a viewer question. Daughter Lauren added that her and her brothers “are all fine” with Dina, who recently split from husband Tommy.

Then, Caroline got a little frustrated with the question. “Oh, my God. Stop asking me! It’s the same!” she exclaimed.

Since their fallout years ago, both Caroline and Dina have stayed mum on what tore them apart which only has viewers wanting to know that much more. While it has been rumored that Teresa Giudice came between them, Dina denies it. It has also been said that Caroline’s continuance with The Real Housewives of New Jersey after Dina left strained their relationship.

When Andy continued to press for more information, Caroline said that she wishes people would “get over it. It is what it is. It’s not going to change. I can’t do anything about it, so let it go now.”

At that point, Andy recommended she try to do something about it. She replied, “How do you know I haven’t tried?” 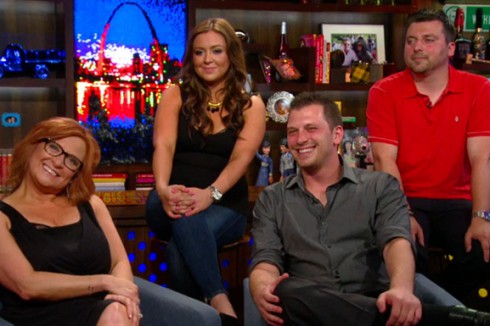 Later in the show, another viewer called in and wanted to know why Caroline has made it her business to mend the relationship between Teresa Giudice and her brother Joe Gorga when her own sibling relationship is in such shambles.

Dina has remained pretty mum on the topic but she did have a few comments at the end of last year. “I have 11 siblings I stay away from 2 of them. Do the math,” Dina tweeted during last season’s reunion. “I’m not going to say negative things about my siblings & go into why we don’t speak. But it’s not fair how they portray me as they bad guy. Not fair at all and it only fuels the hurt…I’ll end it at that. Turning the tv off now.”

The truth is out! Somebody on Real Housewives of New Jersey was a stripper

Andy Cohen: Bravo is ‘done’ with any new Housewives