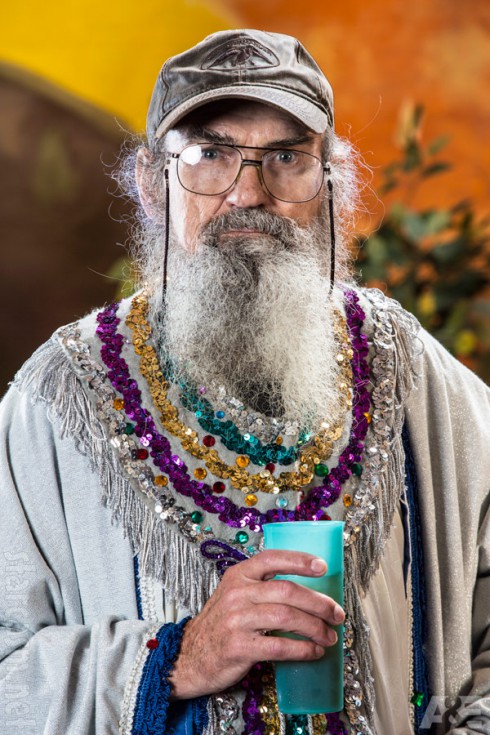 In part two of the Duck Dynasty Christmas Special photo album we have the show’s resident guru Uncle Si (above) playing the part of a wise man in the Robertson family Nativity Scene stage production as well as Jase and Missy Robertson with family patriarch Phil Robertson all chipping in!

Here’s Jase Robertson and wife Missy looking like they just arrived at the 1 BC Bethlehem Sadie Hawkins dance: 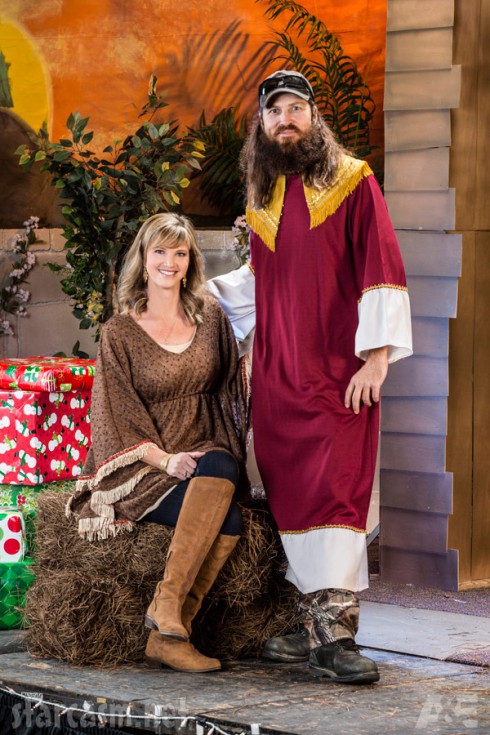 And here’s the couple having fun with a colorful polka dot Christmas present which isn’t quite as colorful as Jase: 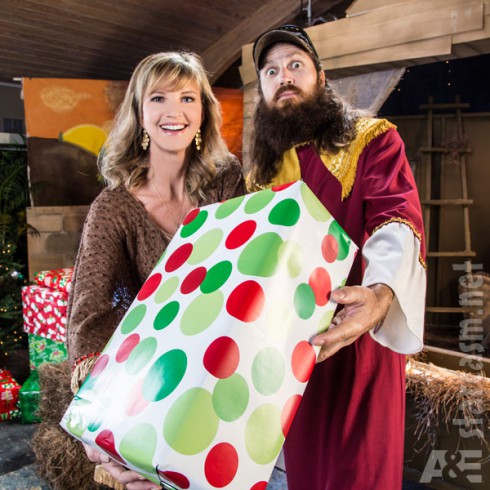 Phil Robertson posed with the same present, only with a slightly more serious tone: 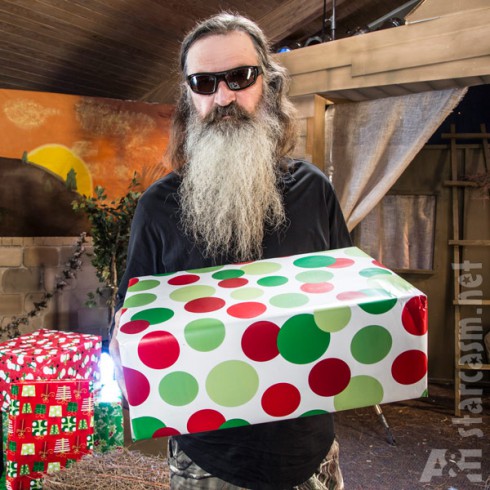 Later Phil read to the children and helped serve food: 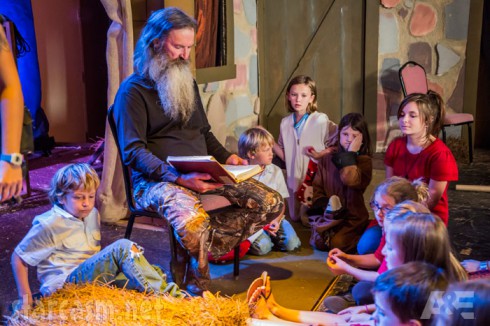 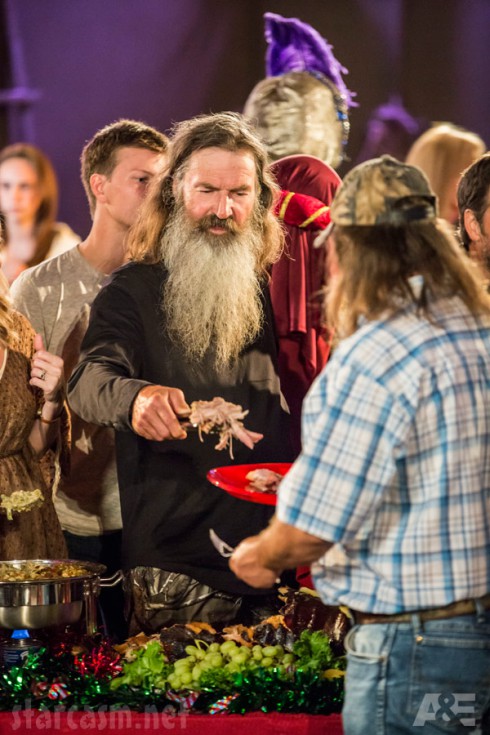 But let’s bet back to Si the wise man shall we? Uncle Si seemed to bring some Creole flavor to the Magi role, looking like Carnac the Magnificent at Mardi Gras — and I mean that in a great way! 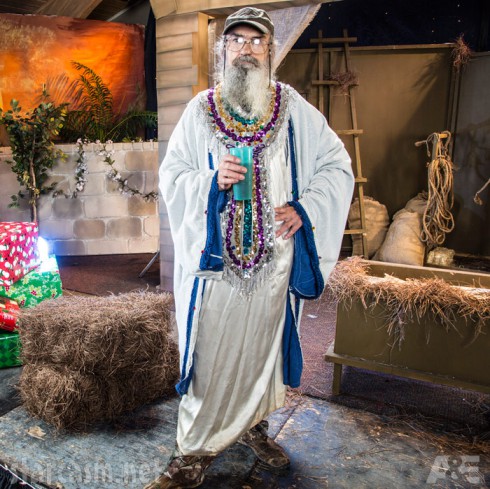 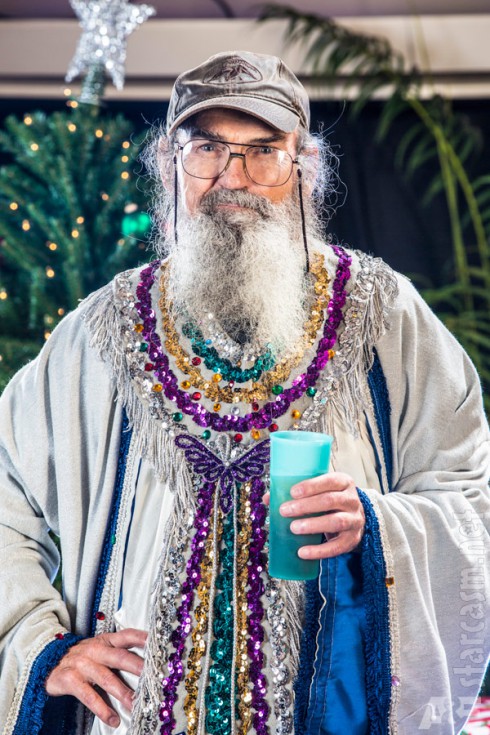 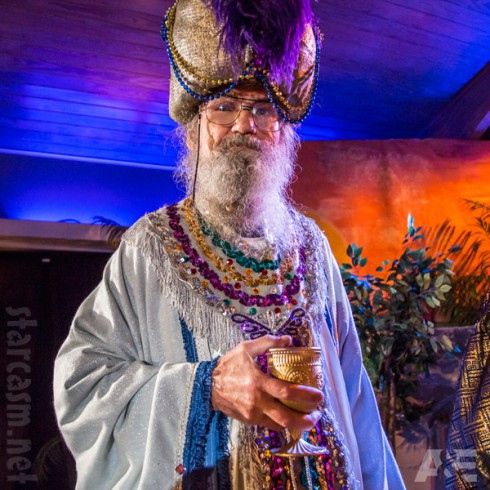 And even though Silas could be seen toting a gold goblet, he also had his steadfast blue tea cup in hand as well. (Was it gold, frankincense and tea?)

Like his brother Phil, Si spent some time with the children, but instead of reading he looks to have been the one to pass out stockings. Or perhaps he actually is Carnac the Magnificent and was passing them out but guessing their contents! Either way, the end result was yet another Sitastic photo: 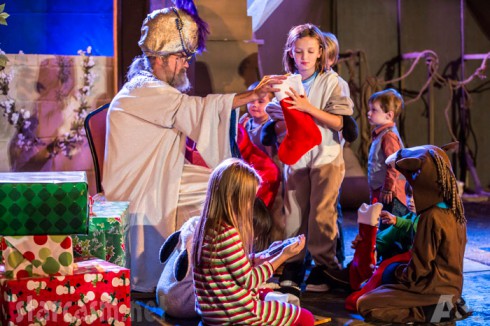 Although we will soon be doing another post with most all of the group photos from the Duck Dynasty Christmas Special, this next picture of all the Robertson fellers (including Uncle Si, Phil and Jase) seemed more fitting here: 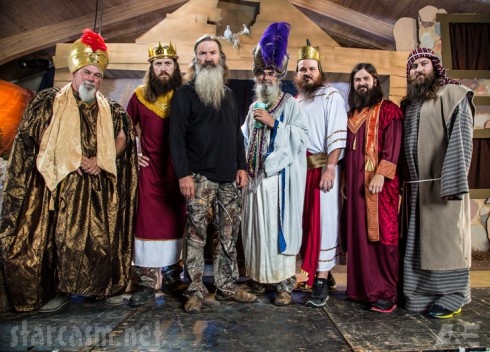 Be sure to check out the rest of the photos from the Duck Dynasty Christmas Special airing December 11 at 10/9c on A&E:

Willie, Korie and Sadie as Joseph, Mary and an angel.

Group photos of the Robertson family and friends together!