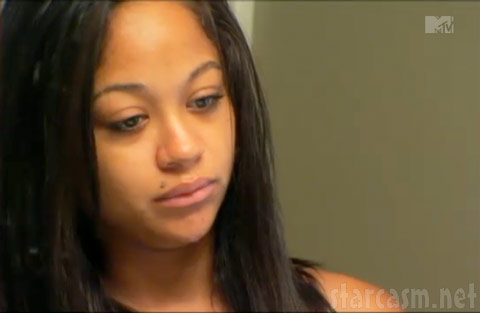 We’ve seen quite a bit of violence come from the participants of 16 & Pregnant and Teen Mom, most notably Amber (multiple times) assaulting her baby’s father Gary on camera, Farrah Abraham’s mother Debra getting arrested for busting Farrah’s lip, and Jenelle Evans caught on tape beating another girl.

Now we have news that Valerie Fairman (from 16 & Pregnant Season 2) has been charged with assaulting her adoptive mother. She reportedly punched her, and pushed her to the ground, resulting in a broken vertebra, on April 5. She was reportedly charged and held for a few days at Chester County Youth Center. Yesterday she was released, and is to be under house arrest until her hearing, which is yet to be scheduled.