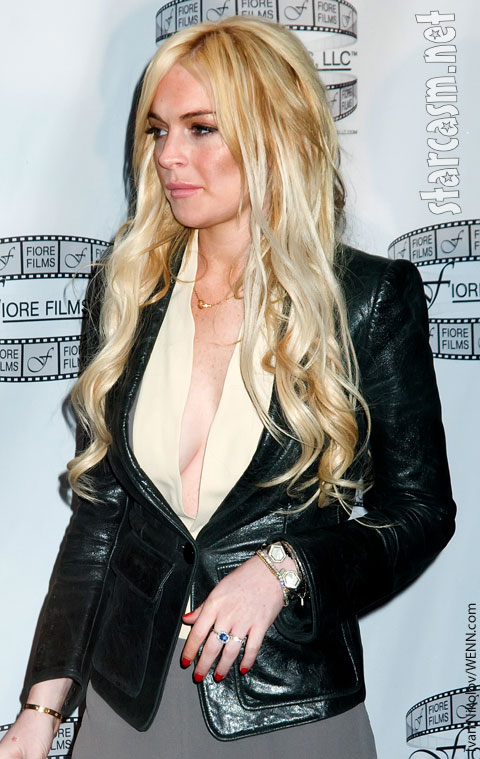 On the heels of losing her role as Victoria Gotti, Lindsay Lohan has been sentenced to about four months in jail (120 days) by Judge Stephanie Sautner for parole violation because of stolen necklace charge. She also has been ordered to complete 480 hours of community service: 360 at a women’s center, and 120 at the L.A. morgue (to remind her of her mortality?)

The struggling starlet wore the $2,500 necklace home from a jewelry shop after a shopping trip. The judge was concerned that when Lindsay noticed she was wearing the necklace, that she didn’t return it immediately, or at least notify the shop. She waited until notice that police were going to get a warrant to search her house to have a friend turn over the necklace.

The stolen necklace charge was originally a felony, but it was reduced to a misdemeanor earlier this week. Today she was found in violation of her probation (which steams of a long string of errors after because of non-compliance to the terms of a 2007 DUI, drug, grand theft auto and kidnapping arrest .) She will be tried for allegedly stealing the necklace in 45 days.