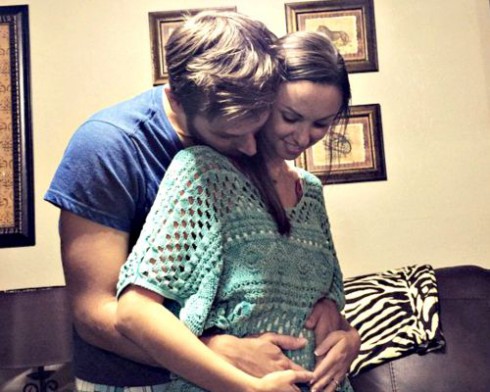 When Sam Radar of YouTube’s Sam and Nia announced his wife’s pregnancy to her in a sweet video last week, millions of viewers’ hearts swelled. Then, when the couple revealed days later that they suffered a miscarriage, most of our hearts broke…but the skeptical among us wondered whether the pregnancy was ever real.

The first murmurings of doubt began with the first announcement video, in which Sam took a diluted sample of Nia’s urine from the toilet bowl and used it to get a positive pregnancy test. Even more people were dubious when the couple said they lost the baby days later. When covering the second story, I really noticed how uncertain some viewers were–but didn’t think much of it, because I really don’t want to add insult to injury if the couple did indeed miscarry.

Now, though, some medical professionals are adding their voices to the chorus of nonbelievers. Referencing how Sam conducted the pregnancy test, Dr. Fiona Clancy, the scientific and medical affairs director for the brand of test used by the couple, told Buzzfeed she would “definitely not” recommend it. She explained, “Firstly, the urine will be diluted by the toilet water and in very early pregnancy this means the pregnancy hormone hCG may no longer be detectable by a home pregnancy test.”

It’s so true. @sampaulphoto im so happy to be in this life beside you. I love you.

Wendy White, M.D., a perinatologist at Mayo Clinic, said the technique could potentially lead to both false negatives and false positives. She added, “If there is a chemical in the toilet, like a cleaner or bleach, the results would be affected.”

There are further questions about some of Sam and Nia’s other claims and actions. Specifically, in a video posted after they revealed their miscarriage, Sam told Nia he had quit his job as an ER nurse two weeks earlier. A human resources spokesperson for the hospital where Sam worked said they had no record of him quitting. If he had, they would have received noticed within 48 hours. Sam told Buzzfeed they must be behind on their paperwork.

The celebrity life is actually kinda cool sometimes. Not even going to lie about it

Other questions address Sam and Nia’s general motivations. After first going viral with a video titled “Good Looking Parents Sing Disney’s Frozen (Love Is an Open Door),” the pair began their daily YouTube stream. In the time since, Sam said he’s been eager to get another hit–and believed the pregnancy announcement would do the trick.

“I was definitely hoping for it,” he told Buzzfeed. “I’ve always had a dream to be famous.”

To that end, it seems the video helped: Before it, views on their videos were generally between 20,000 and 30,000. But since “Husband Shocks Wife With Pregnancy Announcement,” they’ve had an average 900,000 views per video (including the outlier, “Our Baby Had a Heartbeat”). In their latest video, “Should We Go to LA!?,” they debate whether to participate in Dance Battle America at the end of the month.

Despite the negativity, Sam said he and Nia are focused on moving forward and staying positive. He added, “Our new journey is to keep trying to have another baby.”

Do they put seaweed in your vagina to induce labor?