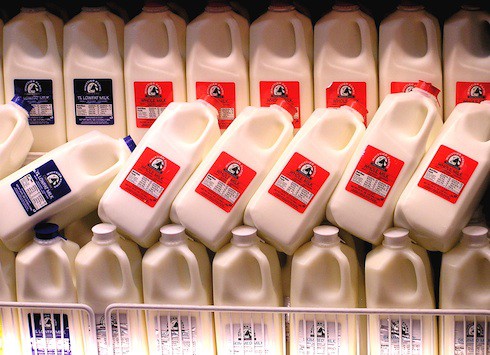 Call it Uproar: Australian Style. A Western Australian woman has been detained by police and will spend a week in jail for assaulting a police officer. Her weapon of choice? The milk from her own breast.

Erica Leeder, 26, of Calista (a suburb of Perth), had been arrested for an unrelated charge and was being searched upon admittance to the Rockingham Police Station. Leeder was naked from the waist up, while a female officer conducted the strip search. Partway through, Leeder–apparently without provocation–decided to grab her breast and squirt milk “on to the officer’s forehead, arms and clothing.”

According to the Western Australia Police Union, there is not a similar case on their books. What there is, though, is the chance of a transfer of disease through breast milk, which is how they got the assault charge to–ahem–stick.

Unfortunately for Erica, this is not the first time she has assaulted a police officer in any capacity. The judge at her sentencing noted her history of violence (assuming you can call the most recent act violent), and ordered Leeder to a week in jail, plus a mental health examination.

Leeder will be in custody until Tuesday.

Details: How James Shaw Jr. wrested an AR-15 from the Waffle House shooter