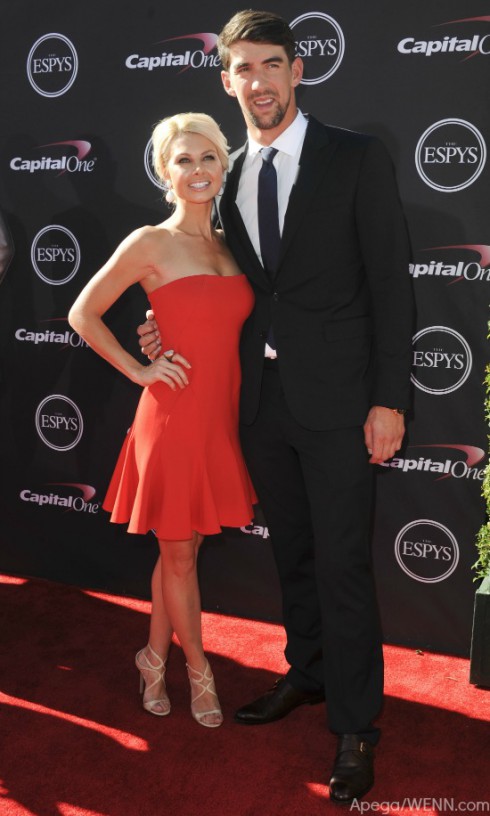 Although this was the public debut for the couple, Michael has reportedly been smitten with Win ever since they met during his appearance on Golf Channel’s The Haney Project. Michael even voluntarily carried her clubs during a golf tournament in early May. That’s basically the adulthood equivalent of carrying your crush’s books home from school! 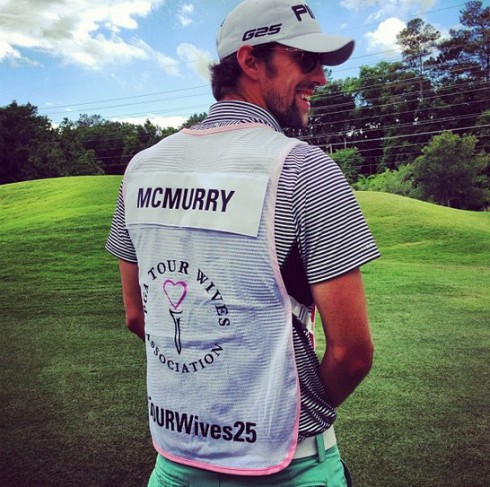 So, who is the woman who’s stolen the all-time winningest Olympian’s heart?

At 30, Win is an older woman for 28-year-old Michael. She’s also one of the top stars on the male-dominated Golf Channel — for reasons apparent to anyone who takes a look at the woman Sports Illustrated named golf’s No. 1 beauty. 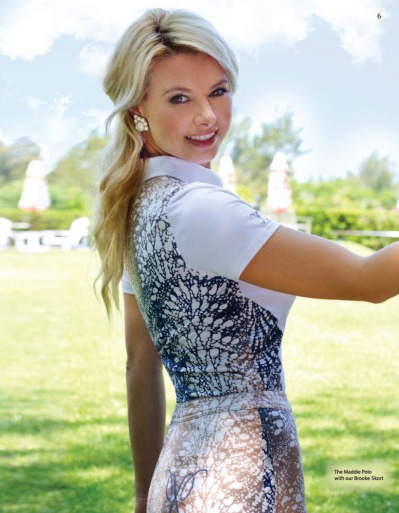 Winfred “Win” McMurry was born and raised in North Carolina. She started playing golf with her dad at a young age and played in high school, although she claimed to be one of the less talented girls on the team. Win also took after her mother, who is an author and professional public speaker. After high school, Win decided to pursue a career similar to her mother’s by studying journalism and communication at the University of North Carolina. After earning her degrees, Win moved to New York to begin a career in broadcasting.

She landed a job as a production assistant with CBS Sports and got to travel the country to help cover the NFL, NCAA basketball and PGA tour. After establishing herself as a golf expert, Win was hired on by PGA Tour Entertainment. She made the jump over to the Golf Channel in 2010, where she hosts a web series, contributes to Grey Goose 19th Hole and contributes to other shows.

Although Win is recognized as a quality journalist, the public had some fun at her expense when she suffered an on-air Freudian Slip.

“At the time, I only thought I stuttered my misspeak,” Win explained in 2012. “After all, I was live on-air and had to keep on going. But, when I was alerted to the fact by my producer after we were off-air, I’m sure my face turned bright red! With nothing to do except laugh at it like everyone else that’s what I did!”

In addition to her career passions, Win is a family girl who hopes to settle down.

“In 10 years I see myself still reporting on golf or on a news and lifestyle show and hopefully with a family of my own,” she told Into the Grain in 2011. Might Michael be the man for that job?