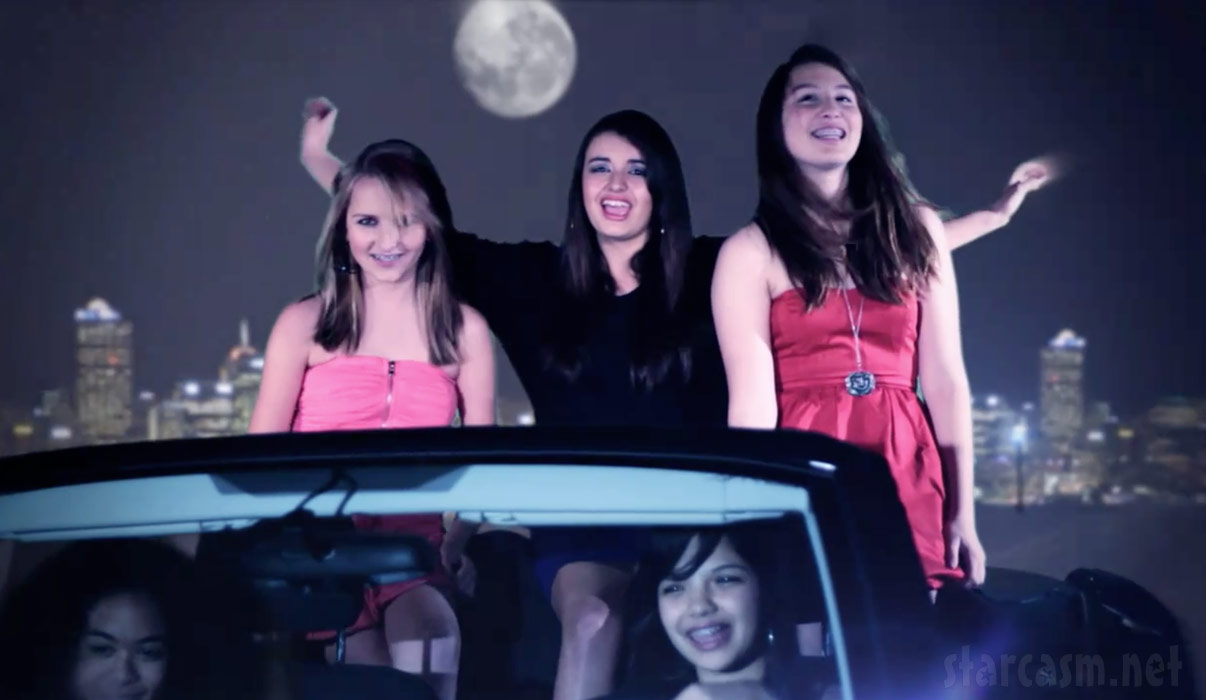 Overnight YouTube sensation Rebecca Black continues her successful-so-far bid for musical world domination as her single “Friday” has not only launched a tour but has since been made available for download and is racing up the charts!

Much has been written about Ark Music Factory, the company behind the successful single that has been called everything from “great teen pop” to “the worst song ever written,” but little has been mentioned about Rebecca’s co-star in the video: mysterious rapper dude driving a car: 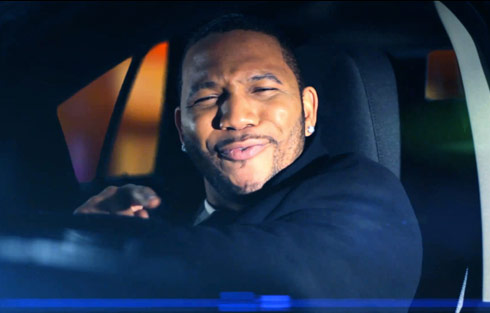 Mysterious rapper dude driving a car is actually Ark Music Factory producer Patrice Wilson, and his hip-hip rap breaks make an appearance in most all of AMF’s music releases. My guess is that his cameo appearances are meant to add an element of maturity to the songs in addition to making the videos seem more “legit” in that they feature a guest artist like a lot of urban Top 40 singles. (I also have a sneaking suspicion that Pato’s appearance in the videos guarantees him a big cut of the performer’s take if the song becomes a hit – like “Friday” has done. But, that’s purely speculation!)

UPDATE – Watch a video interview with Patrice Wilson in which he answers all your questions about Ark Music Factory HERE! 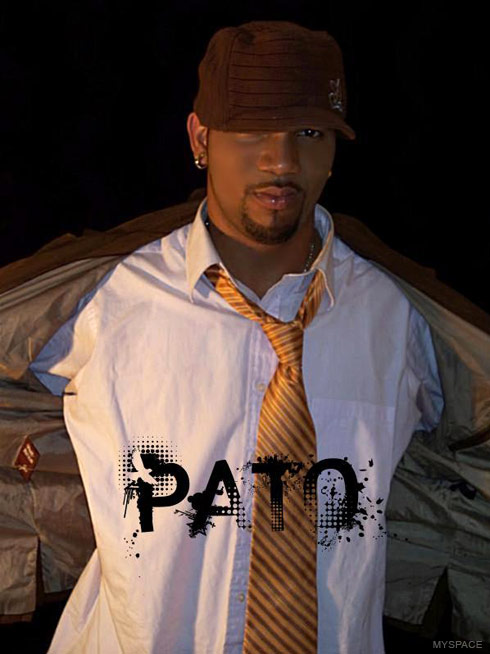 I desperately tried to round up a video of Pato but sadly came up empty-handed. He does have a MySpace page though, and you can listen to samples of his songs there. (The profile credits him with two albums, but after doing a bit of research I discovered they were other performers going by the name of Pato and not actually Patrice.) 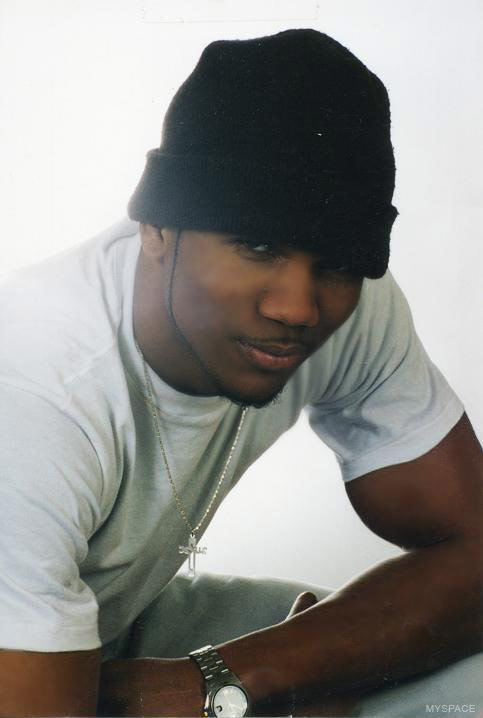 Also included on Pato’s MySpace page is a fairly detailed bio that reveals our man Patrice is a world-traveled prodigy of sorts!

“Pato was born in South Africa. His love for music began at a very young age. At age 7 he had already taught himself to play the piano. His favorite childhood singer was Michael Jackson.

“Pato started performing at age 9 in churches and local primary school talent shows. This continued though his teen years and into secondary school. Some of the many schools he performed in were, Zamani College, Wilson Prep. School, and Essence International School.

“When Pato graduated from high school, his desire to continue his great passion that he had enjoyed over so many years grew. At age 17, Pato moved to Eastern Europe where he met European super star, Ibrahim Maiga. It wasn’t long until Pato was touring and performing with him. Their style of music was cultural music mixed with urban hip-hop. They performed in places like Slovakia, Czech Republic, Poland and many other Eastern European countries. 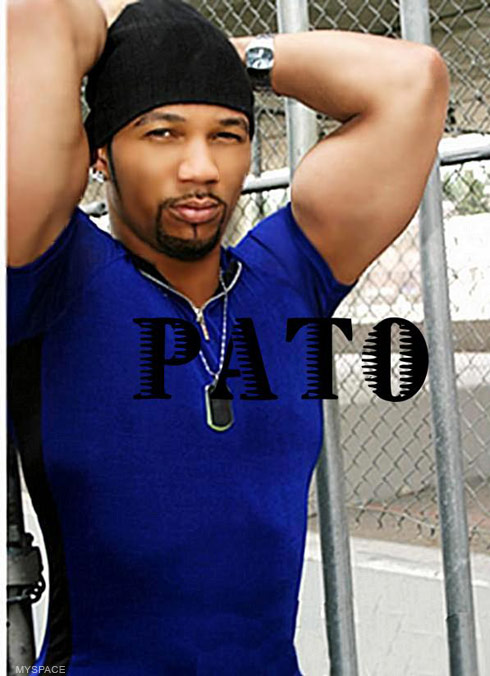 “While his music career was growing tremendously, Pato also started modeling for big name agencies like Calvin Klein, Collins Sports Wear and Gap. He was even in several movies, one of which was Urban Menace, which stared Snoop Dogg.

“In 2001, Pato moved to the United States. It was in Hollywood, California where he was able to further his goal, and long dream in the musical world. His desire was to make music that could reach out to everybody in the world. He took his flavor of Nigerian music, along with his style of music he had performed in Eastern Europe and combined it with new age hip-hop. 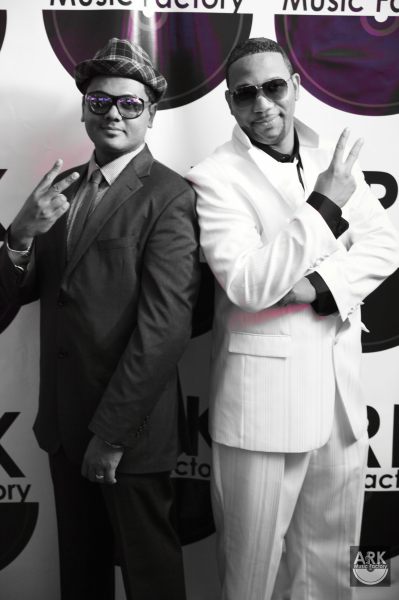 “After spending years and years perfecting his music, he’s decided to bring it back to his motherland, AFRICA, NIGERIA. He is ready for both his homeland and the entire world to enjoy, embrace and be entertained with his masterpiece.

And, just in case you ware one of the 327 people who haven’t seen it yet, here is Rebecca Black’s “Friday” video from YouTube:

PHOTOS Who are Alana Lee’s boy crush and mean girl enemy in the video for “Butterflies”?