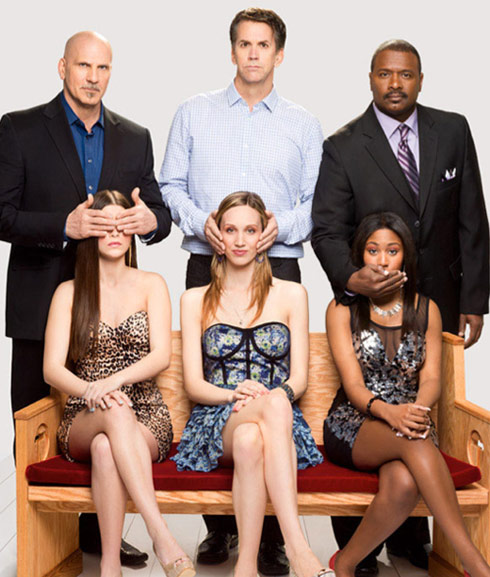 Lifetime’s new docu-series Preachers’ Daughters features three different families in different parts of the country who all have two things in common: there is at least one parent who is a preacher and they all have a daughter. The similarities might as well end there, though.

As we discussed after the season premiere last week, the families all have different ways of raising their daughters and dealing with the dilemmas that face teenagers and their families, such as sex and dating. But that’s not all that differs between the three families: they all belong to different churches. 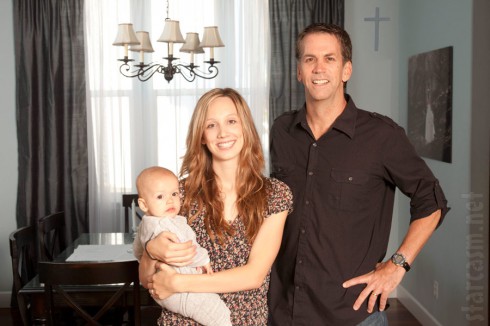 Olivia Perry’s parents, Mark and Cheryl Perry, are pastors at Everyday Church, which according to their website, is an Iris Ministries church and missions based in California. 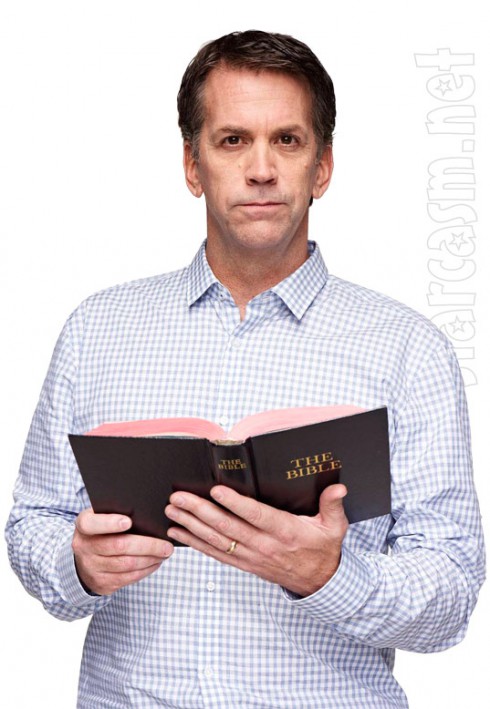 In the “Our convictions” section of the Everyday Church’s website it states “we are committed to the simple, clear, compelling gospel of Jesus Christ and the orthodox Christian faith handed down over the centuries. We fully subscribe to the historic Nicene Creed and the Chalcedonian Creed.”

The Nicene Creed is the most common creed used in Christianity; it essentially states that Christ is eternal and part of the trinity of Father, Son and Holy Spirit.

The Chalcedonian Creed states that whilst Christ had two natures (one human, the other divine), they were distinct and Christ was truly one person.

According to Everyday Church’s “Our Journey” section, Pastor Mark Perry worked first as a carpenter and then as a public school teacher before joining the San Luis Obispo Vineyard church. He then helped “plant” the Five Cities Vineyard church, where he eventually became senior pastor in 1992. Pastor Mark and Pastor Cheryl then moved their family to the Midwest, where their “love for the poor and broken grew.” They moved back to the Central Coast and joined Iris Ministries, where Everyday Church was birthed. Pastor Mark Perry is the Senior Leader at Everyday Church and Pastor Cheryl is the Connect Pastor.

The Bakers (founders of Iris Ministries) now reside in Mozambique, where they have started a new ministry for the poor and homeless children there. Wikipedia states that Iris Ministries have “expanded to include well-drilling, free health clinics that service the poor and sick, feeding programs, primary and secondary schools, cottage industries and 5000 churches in Mozambique and a total of over 8,000 churches in over 20 nations. There are multiple ‘bases’ with Bible schools, as well as community outreaches and top-ranked public schools.” 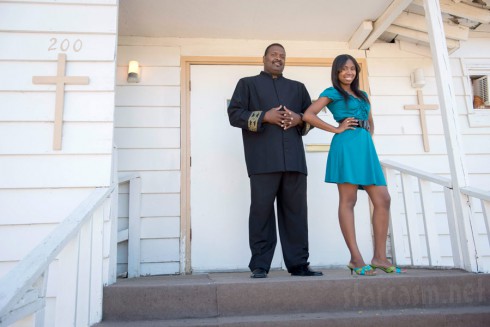 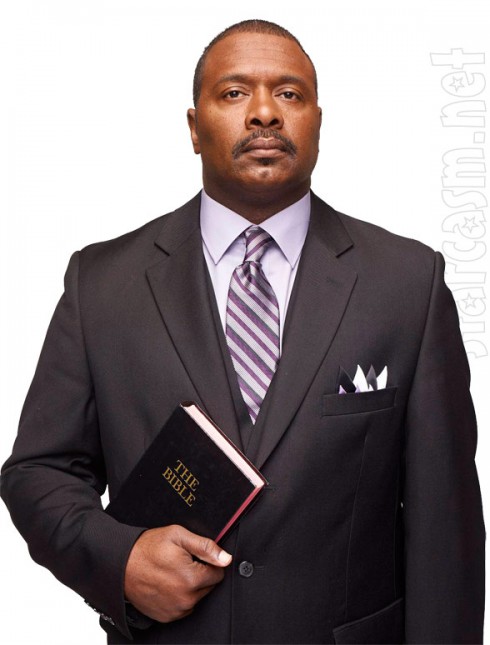 Taylor Coleman’s father, Ken Coleman, is the founding pastor at the City of Refuge Pentecostal Church in Lockport, Illinois. For those who may not be aware, Pentecostalism is an evangelical renewal movement within Christianity that places special emphasis on a direct personal experience of God through the baptism with the Holy Spirit. Pentecostalism is distinguished from other Christian denominations in that believers in Pentecostalism believe baptism with the Holy Spirit is a separate experience from conversion and that it allows a Christian to live a “Holy-spirit filled and empowered life.” (You can find out more about the history and beliefs of Pentecostals at the link above.)

On the website for the City of Refuge Pentecostal Church (tagline: “Where everybody is somebody and Jesus Christ is LORD”), under “About Us,” it reads: “Here at the City of Refuge Pentecostal Church, we endeavor to uplift the broken hearted, heal the wounded, empower the saint and restore the loss. By the power and grace of God we have witnessed many healed and delivered, family structure come together and marriages restored. Our purpose is to magnify the name of the Lord Jesus Christ and to seek and save that which is lost. It is our mission to preach the Gospel to every creature and compel men to come to Christ.”

The website also says that Pastor Coleman “experienced the new birth” at age 15, and “accepted the call to preach the Gospel” two years later. He served as an assistant pastor for seven years before he and his wife, Marie, founded their current church in 2002. 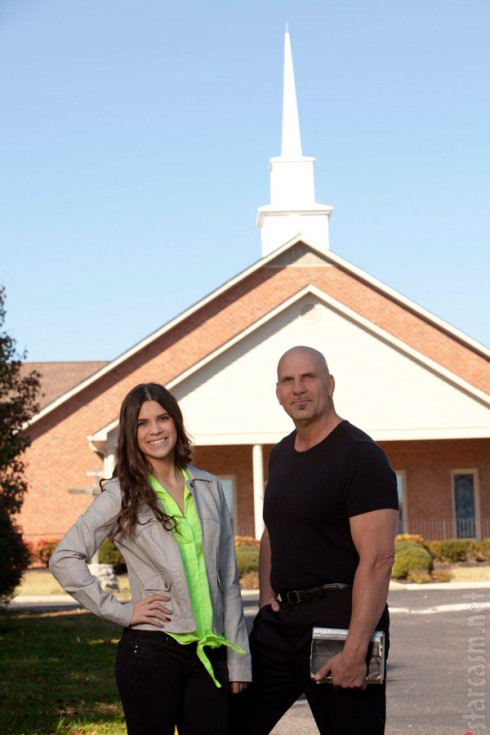 Kolby Koloff’s parents are both preachers: her father, Nikita Koloff, is a former professional wrestler turned traveling evangelist for Christ Ministries and her mother Victoria Koloff, is also a Christian preacher and host of a faith-based radio show on FOXSports. 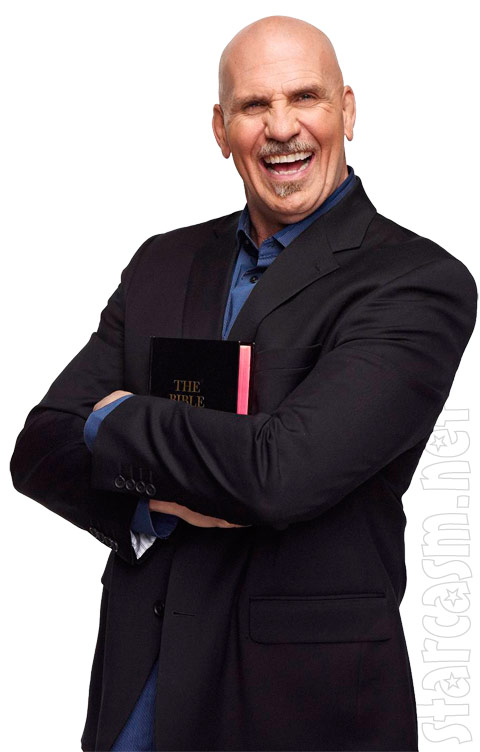 Nikita left wrestling in the prime of his career at age 33 as a born-again Christian. He delivers a sermon called Power Hour around the country with fellow former wrestler, “Total Package” Lex Luger. (Lex found himself paralyzed from the neck down a year after accepting Jesus Christ as his personal savior; he says by relying solely on his faith in Christ, he was able to get back on his feet.)

According to Wikipedia, Nikita serves as an East Coast representative of the Fellowship of the Sword The group’s website states, “We are not a church. We are part of The Church – a collage of men and women who have encountered the heart of God and are committed to see you experience the same.” Their mission statement is: “Fellowship of the Sword leads people into uncovering, unlocking and unleashing the passionate life hard-wired into every man and woman, setting them back into the life of purpose they were born to live.”

Nikita’s biography describes his journey into evangelicalism: “Upon invitation from a business associate, Nikita walked into a local church service. When the pastor asked the congregation if anyone wanted to give their heart to Jesus Christ, it was then that Nikita realized the key missing ingredient – Nikita was the first to walk that aisle, to the altar, and bend his knee to Jesus.  As much as the rejoicing of fans raised the roof the night that Nikita came to Dusty’s aid against the Horsemen, the response pales in comparison to the rejoicing of the angels in Heaven the day that Nikita bowed a knee at the altar of Salvation (the same is true of anyone else who bows a knee and accepts Jesus Christ). Thereafter Nikita’s zeal for Jesus continues to grow day by day.”

Catch the preachers and their daughters on Preachers’ Daughters Tuesday nights at 10/9c on Lifetime.