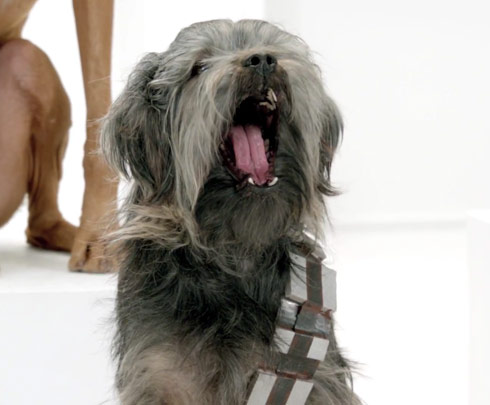 So how big is the Super Bowl? It’s so big that a teaser clip from a commercial that will be featured during the game goes viral.

If you’ll recall, automobile manufacturer Volkswagen had a runaway ad hit last year with the little kid in a Darth Vader costume trying to use “The Force” with his hands. In the end he gets a little help with dad’s remote keys and a Passat. Well the creators of Fahrvergnügen know when they have a great concept on their hands and this year they went next level with the Star Wars theme.

Sit back and enjoy the Volkswagen canine choir as they bark out the famous “Imperial March” theme.

I liked this but when the At-At dog closed it out at the end I, like millions of others, found myself loving it.