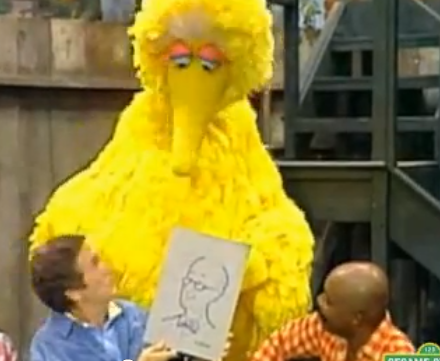 This 30-year-old Sesame Street clip of Big Bird learning about death is making the rounds on the web in the wake of the Sandy Hook shooting as a means to help children, and adults too, cope with the grief of this terrible shooting.

In the video Big Bird learns about the death of Mr. Hopper, and the concept of death itself. After the adults tell him: “Big Bird when people die they don’t come back,” Big Bird questions: “But he’s got to come back. Who’s going to take care of the store? And who’s going to make my birdseed milkshakes?”

The adults explain to him: “It’ll never be the same around here without him, but you know something, we can all be very happy that we had a chance to be with him and to know him and to love him a lot when he was here.”

In case you haven’t bawled your eyes clean out of your sockets this Tuesday morning: