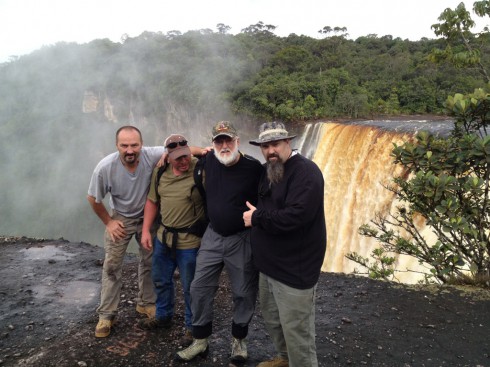 The Hoffman crew of Discovery Channel’s popular reality series Gold Rush have spent the last two summer seasons mining for gold in the frigid climates of Alaska and the Yukon of Canada. But, as anyone who watches the show knows, as soon as the snow starts to fall, it’s time to shut down for the winter. So what does Todd Hoffman do? He heads down to check out a claim in Guyana, South America!

The Hoffman crew’s trip south of the equator will be featured in an upcoming episode of Gold Rush titled “The Jungle” scheduled to premiere Friday, August 17, 2012 at 9PM e/p on Discovery. In the episode we will get to see Todd Hoffman, his dad Jack Hoffman, “Dozer” Dave Turin, and gold mining expert Fred Dodge make the 4,600 mile trip from Sandy, Oregon to check out their claim of 10,000 acres of virgin ground.

But, as usual with the Hoffmans, their optimism is soon met with with a few literal bumps in the road followed by a huge, metaphorical one when they discover local miners already hard at work on their claim:

So what the heck motivated Todd Hoffman to give Guyana, which is notoriously difficult to navigate legally, a shot? According to his Facebook page he has a cousin who “runs our embassy down there and helped us navigate so to speak.” Here’s his full wall post: 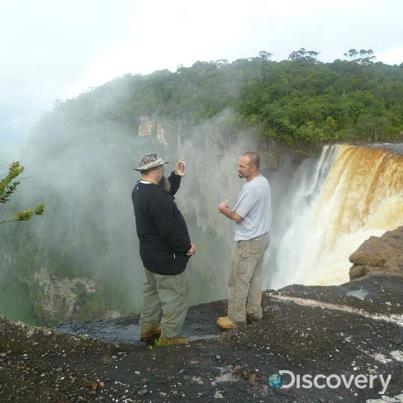 Actually in South America a guy can mine with alot less equipment than Klondike. You will see this in the special. The gold is very shallow. You don’t need as big of machines to go get er done. They speak English. The question is can some Americans setup a solid base and get the gold. The logistics are tricky. Normally dealing with the government is tough but my cousin runs our embassy down there and helped us navigate so to speak. I can’t say too much just make sure you don’t miss Aug 17th 9 pm.

And here’s some more from Todd Hoffman on his Guyana experience:

Good questions. I got shots. Here is a picture I took of Dozer Dave. I have an inside connection to the country. We were asked to come back and bring our mining techniques so mine cleaner. The table we use that Freddy Dodge removes the use of mercury. When the people find gold they call it a ” shout”. They are called “porkknockers”. Amerindian people mine throughout the jingle along with Brazillians. They speak English. We have a wierd history because of Jim Jones and his cult which resulted in the death of hundreds of Americans. What we saw and found was incredible and you guys can watch it Aug 17th. The question is it possible for us to mine there. I cant say at this time. Malaria is a real thing though. Different set of problems but better gold than the Klondike. Plus another creature that lays in the gravels with the gold. Ladies love em. Lol 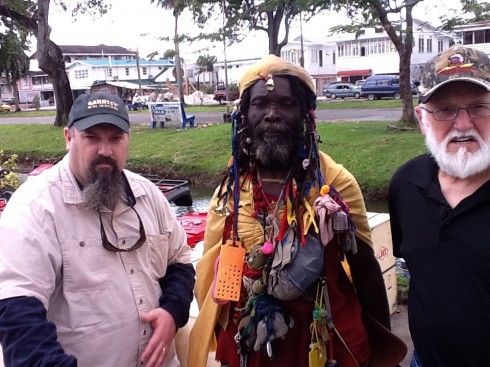 So will Gold Rush and the Hoffman crew be relocating to Guyana permanently to take advantage of the year-round mining (and filming)? A fan asked Todd the following question Twitter, “is there a new show based on Guyana?” to which Todd responded, “We will discuss this during the after show of Guyana.”

The after show? Yep! Discovery will follow up “The Jungle” episode in Guyana with a one-hour after-show special hosted by Gold Rush executive producer Christo Doyle “with more info on why Hoffman thought he could even mine in Guyana, what happened after the trip and whether they’ll go back and mine after the Klondike freezes again.” (From The New York Post)

Year-round Hoffmanegery in a South American country sounds like some real fine entertainment, but personally I’m hoping Discovery will try to mix things up with the sure-to-be-blockbuster crossover series Deadliest Rush in which Todd Hoffman and his compatriots hang up their mining hats to pursue his other dream, which is to be a crabber on the Bering Sea. They can buy an old tugboat and turn it into a makeshift crabbing vessel called “The American Dream” and head off into the icy waters of the Bering See with cameras in tow! Honestly, who wouldn’t watch that?!?