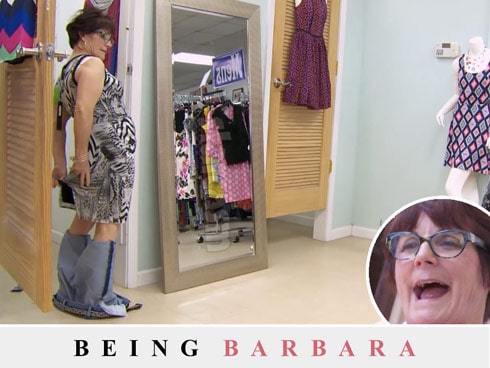 Barbara Evans, perhaps the most meme-tastic cast member in the history of the Teen Mom franchise, is getting all the attention in her very own special tonight on MTV!

The Kieffer Delp-spottin’, Starcasm-favoritest mom of Teen Mom 2’s Jenelle Evans will be front and center for the hour-long “Being Barbara” at 9/8c.

MTV previously did a fun web series called “A Bae For Babs,” which featured Barbara going on some dates. Something tells us that it was just so freakin’ popular, the network had to give Babs her very own feature!

We’ve gathered all the previews together in one convenient place before this evening’s #Babsfest:

Barbara chats up Jenelle about seeking out a “friend” via the internet. Jenelle informs her mom that it’s called dating and then asks Barbara if it’s a sexually active situation. After Babs affirms that she’d be open for some of that kind of action, Jenelle suggests that Barbara give her full custody of Jace so she’ll have time to pursue a man:

Here’s Miss Barbara discussing what she looks for in a man with one of the show’s producers. After complaining about all the maintenance women have to go through, Evans gets a manscaping education:

And the last teaser features Barbara talking about a sex-seeking sea captain that she’s seen at WalMart–who has that old man smell: