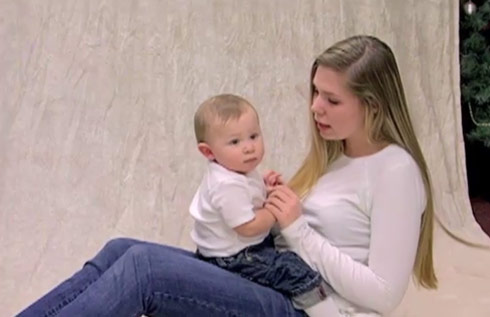 I hope everyone survived the holidays intact as I welcome you back to our weekly Wednesday round up of the Teen Mom 2 After Show and bonus footage.

On this weeks’ docket we have the holiday wrap up as Leah talks about the joy and awkwardness of her daughter’s first birthday party, Jenelle reveals her deep loneliness and why she had a change of heart about Kieffer being in jail, Chelsea explains how Christmas with Adam was like a dream and Kailyn opens up about trying to reconcile with her baby’s grandmother.
The bonus footage may be my favorite yet as little Isaac just refuses to smile during a scheduled photo session with mommy Kail.

Here’s the complete After Show:

Leah talks about the girl’s first birthday and she agrees that it possibly is the happiest moment she’s had since before her pregnancy. She admitted that it was awkward too because she and Corey had split but it meant a lot that everyone was there. Then they laugh at Corey scaring them kids dressed up as Santa.

Even though this happy moment happened when they’re all together it’s always in Leah’s thoughts that she and Corey have split. She didn’t allow the deep joy of these moments to change, in her mind, the reality of the situation, which is that she and Corey are no longer married. 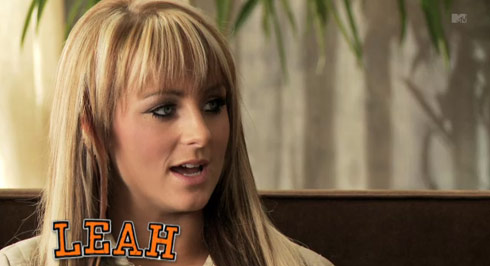 Jenelle explains that her doubt about getting Kieffer in jail extended from him often discussing how bad his holidays were growing up. She feels kind of guilty because she’s the reason he’s in jail for this particular Christmas. Kailyn jumps in and reminds her that he put himself there by laying his hands on her.

She said of Kieffer commenting that she’s no longer the “full of life” Jenelle he knew that she had stooped to his level. She just got to a point where she didn’t care and she would defend Kieffer regardless of what he’s done. In other words, Kieffer missed Jenelle being his puppet. Then she revealed why no one was willing to bail Kieffer out of jail when she had a change of heart. He simply wasn’t trustworthy enough even from his friends to risk owing bail money if he disappeared.

Jenelle tells it straight like she usually does as to why in spite of everyone else’s wishes that she wanted Delp out of jail. She states she was lonely and that he was not only her best friend but her only friend at the time. Sadly, he was her only friend because he had driven her other friends away. That’s a pretty rough spot and the feeling of loneliness is about the worst there is in my opinion. 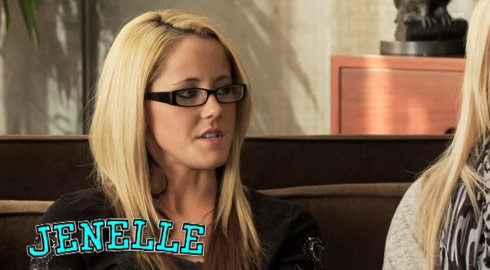 Adam got himself a jerb and can start paying child support! Chelsea reveals that until this point he hadn’t been paying any. She had asked but was her usual “whatever” self in regards to Adam’s short comings. Chelsea gushes over the experience of herself, Adam and Aubree spending Christmas together. She says:

“I loved it. That’s like always what I wanted was a family and to do those things together. So it just felt really good.”

It’s times like these that keep Chelsea just a hangin’ on. She says it’s good for us to see the nice Adam and that he’s not mean all the time. 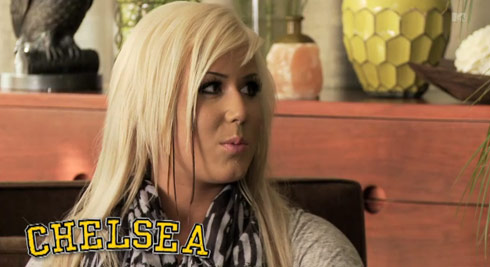 Kailyn talked about her letter to her mother-in-law Janet. She really wanted to try and explain her decisions to Janet and it was hurtful for Kailyn that Janet wanted nothing to do with it. She mentions that it’s surprising that Joe is more understanding than his mom. Kailyn states that she was upset by Janet’s reaction and that she didn’t really try to even appreciate the fact that she was trying to mend fences.

Kailyn acknowledges that it gets lonely during the holidays and she states that she woke up on Christmas morning alone because Joe had Isaac until noon. She’s asked if she’s considered marriage with Jordan and she says they joke around about it but that she can’t envision spending the rest of her life with him. 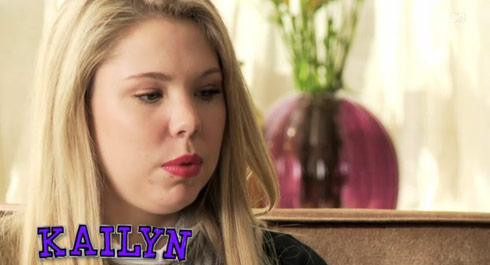 I love this week’s bonus footage as we see little Isaac absolutely refusing to smile for a hard working photographer doing every trick in the book she knows. And this comes after the store’s manager assures Kailyn that he will smile. Little did she know of the power of a toddler’s will!!!!

Are Leah Calvert’s subtweets about ending her marriage to Jeremy Calvert?