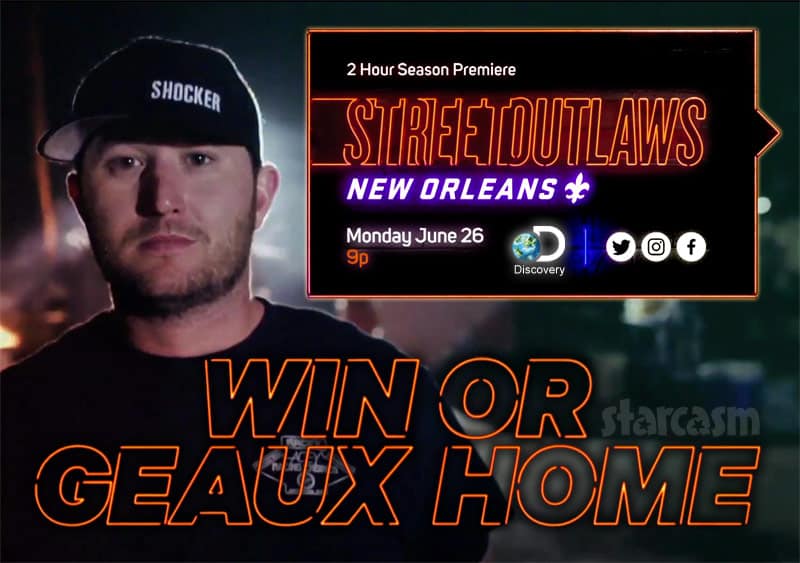 After much anticipation, Discovery Channel has announced its popular racing spin-off series Street Outlaws: New Orleans will return for a second season on June 26!

Check out the network’s full press release below, including two dramatic preview trailers giving viewers a sneak peek at what to expect from the NOLA teams this season:

Street racing has taken the country by storm, with racers all over the US creating their own tournaments and teams to prove their city is the fastest in the nation. Kye Kelley and the rest of the New Orleans team return to Discovery Channel on STREET OUTLAWS: NEW ORLEANS Monday, June 26 at 9PM ET/PT. The series follows a fledgling group of street racing bandits in The Big Easy as they try to prove to the entire world that they are America’s best. Flagship series STREET OUTLAWS, featured on Discovery’s Motor Mondays, is Discovery’s #1 cable series for men, and now, the highly anticipated second season of STREET OUTLAWS: NEW ORLEANS is here to rev up the excitement and thrills.

As the new season begins for the racers in New Orleans, Kye Kelley is on a mission to take back the number one spot from Scott Taylor. Kelley upgraded his ‘92 Camaro, “The Shocker,” with a new engine, hoping to beat the new modifications on Taylor’s ‘92 Cutlass, “John Doe.” As the top five racers on the “big-tire list” are shaken up, with three new drivers trying out, NOLA team members Jerry Bird, Jason Thames and Barry Nicholson hope their off-season improvements will allow them to hold their positions.

Meanwhile, small-tire leader Bobby Ducote mixes up the “small-tire list” by inviting three new racers to try out. However, current ranking members Shane Lester, Travis Santa Cruz and Shannon Poole warn any new drivers that they are determined to keep their spots. And Bobby will stop at nothing to defend his top spot against contender Brandon Smith.