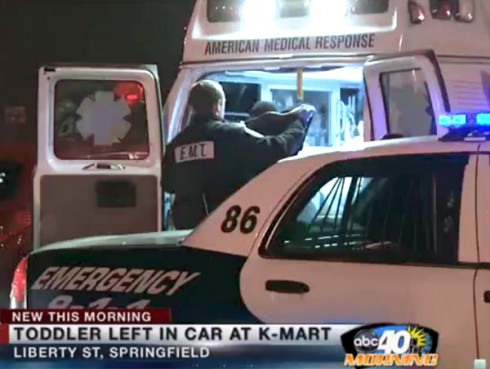 Black Friday always has its fair share of jaw-dropping headlines, usually involving melees over half-priced laptops or toys, but this year’s SMDHest day-after-Thanksgiving shopping story didn’t involve violence at all, only a bit of appalling forgetfulness. 34-year-old Anthony Perry of Springfield, Massachusetts is in a whole heap of trouble with authorities and his girlfriend after he reportedly left her two-year-old son in a car outside of KMart at 1:30 in the morning in sub-freezing temperatures while he returned home with a newly purchased 51-inch flatscreen television!

Police got word of the alleged abandonment from plaza security. They found the boy in the parking lot, sleeping in a Nissan Venza. Police forced their way into the car to get the child. The boy was taken to Baystate Medical Center to make sure he was okay.

Police later found Perry at home with his newly purchased television, at which point Perry explained what happened, claiming that when he exited the store the child was gone. He then made other arrangements to return home with the television. [I guess he never thought to check the back seat of the car he arrived in?]

Here’s a video report from WGGB that actually includes video of the boy being loaded into an ambulance by police:

The child’s mother was reportedly at work at the time and he was released into the custody o his grandmother. According to WWLP, Perry “will be charged with reckless endangerment to a child.”

As far as the Black Friday flatscreen deal that was so good it apparently made this grown man forget he was responsible for a child, here’s the front page of the 2012 KMart Black Friday ad that includes a $288 50-inch flatscreen doorbuster deal. I’m not sure if it’s the same television, but that does look sort of like what Anthony’s girlfriend’s expression must have been when she found out what happened to her son: 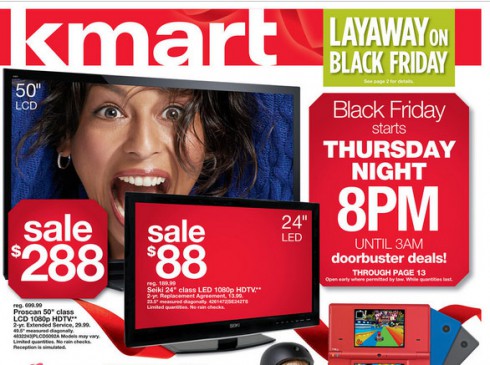 Kim Kardashian and Kanye West to pay surrogate $100,000 to have their third child