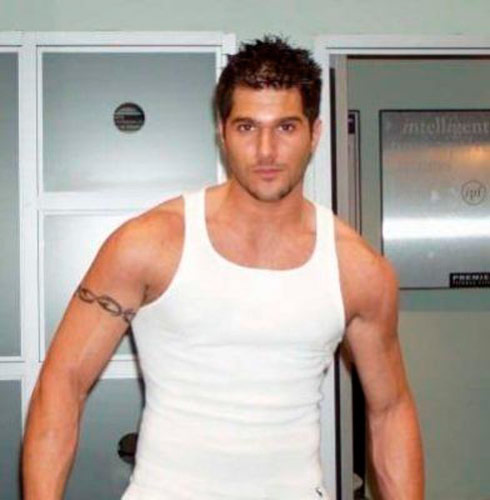 One of the two preview clips for the upcoming season of Ali Fedotowsky’s The Bachelorette released by ABC features the sure-to-be-controversial Justin “Rated R” Rego, a professional wrestler with an overabundance of confidence and, judging from his crutches, an apparent sprained ankle. (You can see the clip in our Chris Hasek-Watt Bachelorette File because Chris is the innocent guy who tries to cut in on Justin and Ali)

Some message boards are already speculating that Justin is so over-the-top that he might just be a plant to drum up ratings, which seems to be supported by the fact that this isn’t the first reality competition Rego has been on! He also appeared on Keys to the VIP, which is basically a pick-up artist competition in which two men try to hit on women in an actual bar while judges score their efforts by watching hidden camera footage. Yeah, something tells me “Rated R” was never really on The Bachelorette to find true love and the same thing tells me that ABC knew that. 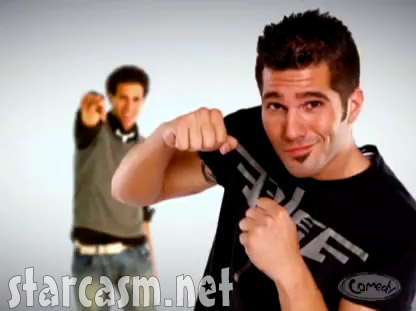 Justin poses for his appearance on Keys to the VIP

Here’s the Keys to the VIP episode featuring Justin “Rated R” Rego and Rob “Fromeo” Cavaliere. (For those Bachelorette historians out there, it’s officially Season 2, Episode 4)

First is the setup for the episode that introduces Justin and Rob as well as the premise of the show and the judges:

In the first competition segment, called “The Introduction,” Justin and Rob have to get a woman they don’t know to introduce them to another woman:

The second round of competition is called “Sabotage” and in it the boys have to recover from a “game destroying remark” by a member of the show’s cast:

And in part three the boys have to try to get a kiss from a woman even after they get surprised by a fake “Angry Girlfriend:”

Sadly for Justin, he loses out in the end to Fromeo. If he can’t even beat Fromeo on Keys to the VIP how does he expect to win Ali Fedotowsky’s heart on The Bachelorette?!?

I’M ABOUT TO REVEAL SOMETHING ABOUT THE UPCOMING SEASON OF THE BACHELORETTE, SO IF YOU DON’T WANT TO KNOW THEN STOP READING NOW!

The blogger Reality Steve posted some time ago that there was going to be a major bombshell on Season 6 of The Bachelorette when one of the contestant’s girlfriends calls Ali to let her know she’s still with the guy and that he only went on the show to promote his career. (Apparently she contacted ABC who put her in touch with Ali while the cameras were rolling)

Steve has since revealed that contestant to be Justin “Rated R” Rego! He also hinted that there is also a second girlfriend of Justin’s involved! Yeah, Justin is definitely a plant – but it should make for some entertaining television because the dude is smooth in a horribly offensive Jersey Shore douchey kinda way.

Well, we know from the above clips that Justin has experience in trying to score with a chick while a fake, angry girlfriend tries to ruin it for him… 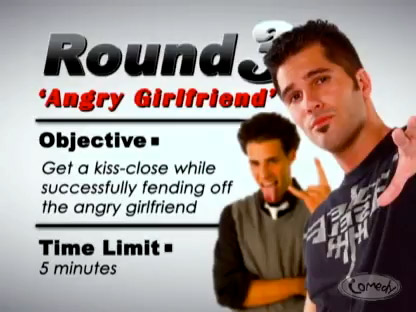