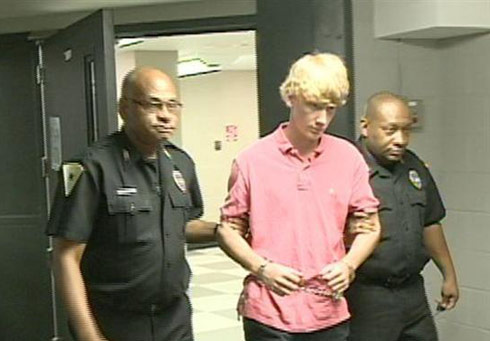 According to police 49-year-old James Craig Anderson was an auto plant worker who was standing outside of his car in a hotel parking lot in Jackson, Mississippi when a group of white teens led by 18-year-old Deryl Dedmon, Jr., of Brandon, Mississippi assaulted him, beat him severely and then drove over him with a truck.

The vicious attack, which is being labeled a hate crime by the District Attorney, ended the life of Anderson and has left in its wake a horrible cloud of questions that seem to have no answer.

CNN managed to receive footage of the attack and the terrible moment in which the Ford 250 driven by Dedmon ended Anderson’s life. The surveillance footage comes from the hotel, it’s grainy but it certainly lays out the events as they happened on that fateful day. This is the report and footage, as you can image discretion is advised as the scenes that unfold are extremely disturbing and violent:

Hinds County District Attorney Robert Shuler Smith is adamant that he did not release the footage to CNN and that evidence will show that this crime was hate motivated. This is how the sad event happened according to Smith based on what he says are witness accounts and the evidence.

On June 26th a group of white teens, 7 in all, left an all-night party in the white middle class enclave of Rankin, Mississippi in search of a black person to “mess with.” At the party Dedmon is allegedly said to have proclaimed, “Let’s go f**k with some ni**ers.” The teens drove 16 miles on a freeway headed west and at 5 AM the group, in two separate vehicles, exited and spotted Anderson standing by his car in the parking lot of the first motel you see at the off ramp they chose. The prosecutor believes that Anderson’s fate was sealed simply because he was the first vulnerable black man that the group of teens found that morning.

The footage shows Anderson being repeatedly beaten. A security guard for the hotel stated that one of the assailants raised his hand in the air and yelled out, “White power.” Following the attack some of the teens left the scene in a white SUV while Anderson lay helpless on the ground. Deryl Dedmom Jr. had two girls in his truck and spotted Anderson stumbling down the curbside of the hotel. This is when police say Deryl Dedmon hit the gas, jumped the curb and ran directly over his victim. This gruesome scene is played out in the raw footage caught on the surveillance cameras (it occurs at around the 3:20 mark in the above report). 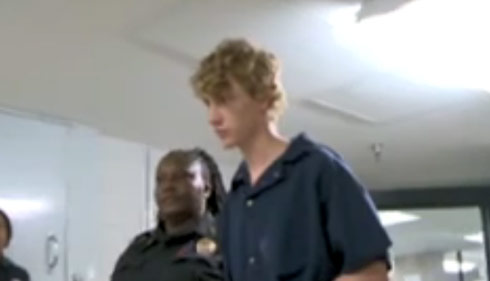 Following this murder further witness statements claim that Dedmon and the two girls met up with the others at an area McDonalds. According to evidence Dedmon stated plaintively in a phone conversation with the other teens that evening that, “I ran that ni**er over.”

In a report filed by Meg Pace with WAPT an area pastor, Brain Richardson, who claims that his son was bullied by Dedmon and even one time had to call 911 because Dedmon was attempting to pick a fight with him, stated that he was not surprised by what happened and that if the young man didn’t receive help or be taken off the streets that he believed it would happen again.

For now Anderson’s grieving family are remaining silent about what happened. The leak of this video could possibly lead to a change of venue for the trial because of the outrage it has ignited in the community.

A computer passed the Turing Test for the first time. Find out how frightened you should be.