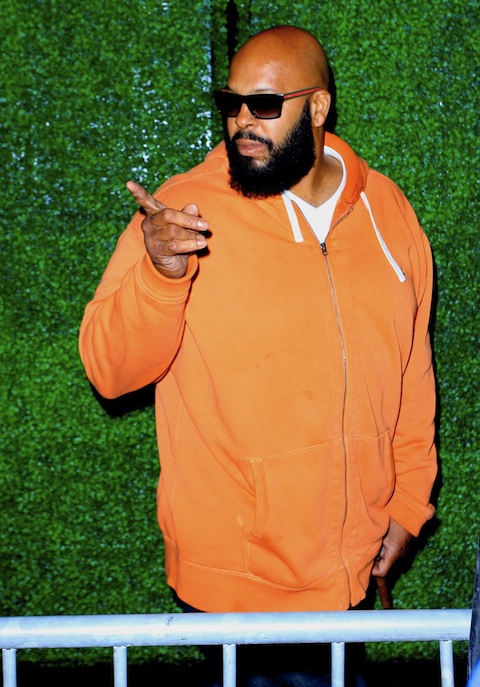 Knight, best-known as the founder of Death Row Records, was reportedly able to walk to a police cruiser under his own power, sit down, and give a statement to an officer before being taken away in an ambulance.

UPDATE – TMZ has since posted a video from the club in which it appears that there is a commotion prior to gunshots being heard:

Here is how the person who uploaded the clip described it:

this is probably the only footage you guys will get inside the club as Suge knight gets shot .. Listen closely you can hear the two gun shots that fatally wounded him along with seeing Suge knight running for his life.. And @chrisbrownofficial on the table in an outrage that people ruined his pre @VMA event after he is clearly trying to stay drama free this go round. This is exactly why I don’t go out in LA. This is the 3rd time I have seen some1 shot point blank range at so called LA premier night clubs it’s a wrap @1oakla will never be there again! (Back to the studio I go F**K La clubs unless they paying me)

(Note the incorrect use of “fatally”: Knight was injured by the gunshots, not killed.)

It’s not immediately clear who the shooters’ targets were; initial reports suggested they had been aiming for Brown and Justin Bieber, who was also in attendance.

This wasn’t the first time Knight has encountered gunfire: he was driving the car in which Tupac Shakur was gunned down in 1996.

Nor is it the first time he was shot before the Video Music Awards. Knight took a bullet in the leg during Kanye West’s pre-VMA party in 2005.

It’s disappointing that we as a society can’t have fun or enjoy ourselves without any altercations sometimes. Miss me with the bulls***!!!

Despite the number of times he was shot, Knight is expected to make a full recovery. He underwent emergency surgery this morning. Additionally, the two other victims–who have yet to be named, and sustained lesser injuries–are also expected to make full recoveries. So far, there have been no arrests.