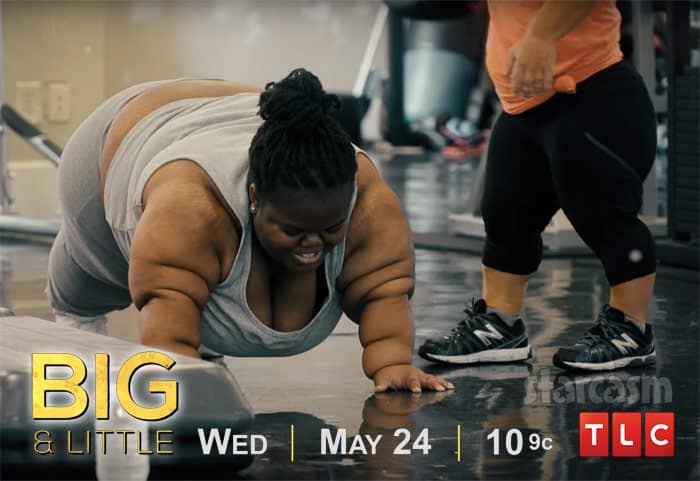 TLC is mixing up two of their most popular reality show concepts for their newest docuseries Big & Little, which features two morbidly obese little people embarking on their nearly one-year weight loss journeys.

The “two-part event” features a woman named Ayanna and a man named Chuck Love (real name Charles Green) who enlist the help of trainer, and fellow little person, Allison Warrell in hopes of transforming their bodies and their lives.
UPDATE – Here is a slightly different version of the trailer with some additional footage:

According to the trailer, the show will document nine months of Ayanna and Chuck’s journey with Allison. In a scene with Ayanna and Allison, it is revealed that Ayanna weighs 215 pounds. It’s unclear just how much Chuck Love weighs, but he uploaded a video in February of 2016 in which he talks about putting on a lot of weight — to the point where he couldn’t stand for more than a couple hours at a time. He even mentions that he is in talks with a casting director about a reality series documenting the weight loss of little people! Check it out:

And here’s a previous video from Chuck Love titled “Midget Prancercise” in which he demonstrates what his workout looked like without the help of a trainer:

Speaking of a trainer, you might have noticed in the Big & Little preview trailer that Allison Warrell says “Like many little people, I was fat.” Here are before-and-after photos of Allison, who is now not only a certified public trainer, but also a NPC Women’s Physique competitor! 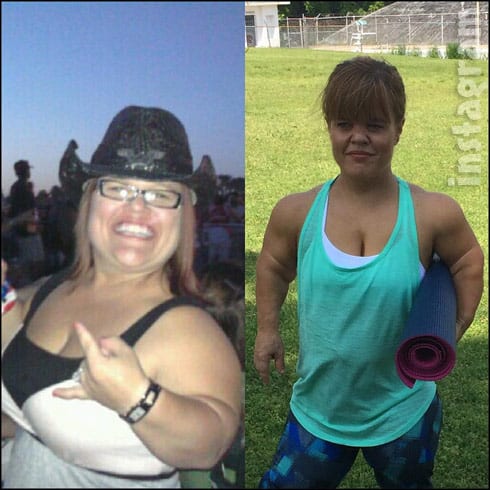 (Click here for more about Allison’s own weight loss journey and lifestyle transformation.)

EXCITING NEWS, with much anticipation, today I finally get to announce I will be premiering in a new TLC show, Big and Little. The show will air on May 24th and 31st @ 10PM, make sure to set your DVRs. Big and Little was an amazing journey for me. I had the opportunity to coach, mentor and train two wonderful people through their weight-loss struggle. Representing @team_mind_to_muscle knowing we helped others is the best feeling in the world.

Make sure to tune in to watch this story unfolding, you won’t be disappointed. Thank you to each and everyone of you for all of your support over the last couple of years as I have gone through my own personal journey. Life is good!

MILD SPOILER ALERT – Chuck Love shared this update on Facebook back in July:

I need to change my default picture. I am down 18 pounds since that picture was taken and 30 pounds since I started working out and making a lifestyle change!

Did you notice I didn’t say diet?! That’s because what I’m doing is something I want to keep up with for the rest of my life!

Edit: The last 18 pounds I’ve lost, has been done with a torn meniscus and with fluid in my knee that feels like I’m walking bone against bone without any cartilage. #determined

Sounds like Chuck gets off to a great start at least! To see how the rest of his journey goes, as well as Ayanna’s journey, we’ll all have to tune in to the Big & Little premiere on Wednesday, May 24 at 10/9c on TLC! And part 2 airs a week later on May 31 at the same time.