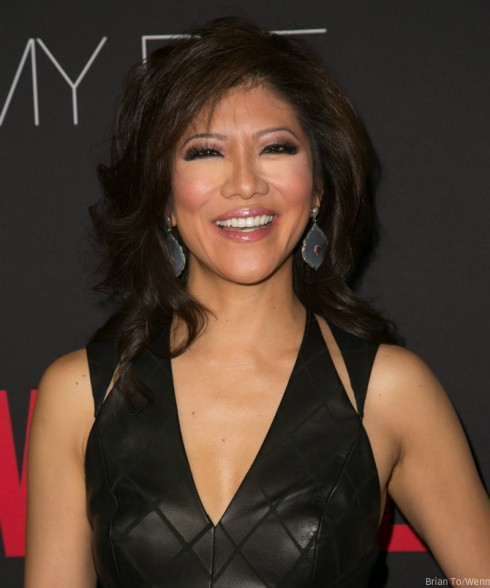 For her turn during The Talk‘s annual Secrets Week, Julie Chen revealed the truth about why she has such a large family.

“My grandfather was a polygamist,” she said after revealing a picture of him with many of his wives and offspring. “He had nine wives, six of whom bore him children. He had 11 children that we know of, countless mistresses… I never met my grandfather… All I knew growing up was that he grew up dirt poor… He had a rags to riches story.” 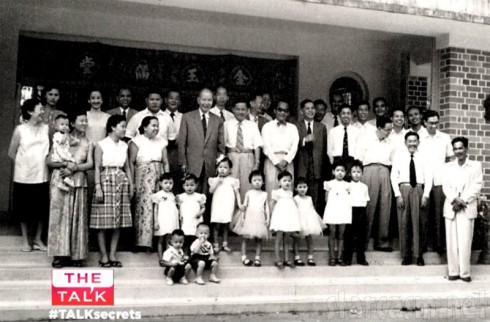 Julie explained her maternal grandmother was the first wife.

“As you can imagine this was extremely hard on my grandmother,” she said. “They were in a pre-arranged marriage. This was not the man she chose to marry… But you grow to love this man. Then you see wife number two come through the door. Number three… Number four… The last wife was younger than my uncle, the first-born son.”

Julie said the experience growing up in a polygamist family also affected her mother, who tried to keep the truth from Julie and her two sisters as long as possible even though she ultimately came to peace with her father before the China-native died in Singapore at the age of 62.

“It was always this weird vague thing. Like I would go back to Singapore to visit cousins and I’m like, ‘That cousin doesn’t look like me,'” Julie said, adding her got her mother’s approval before disclosing the secret. “She was afraid for me personally, it would damage my career goals.”

Admitting it was a “doozy” of a secret, Julie said the experience ultimately played a big part in shaping her mother’s views of marriage and later her own.

BEFORE & AFTER Julie Chen’s plastic surgery to ‘look less Chinese’