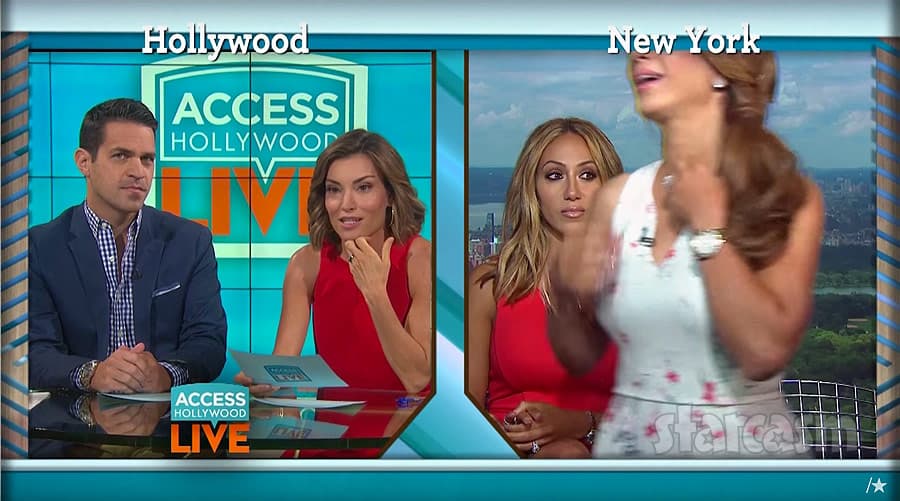 It seems there must have been a memo that Access Hollywood interviewers Dave Karger and Kit Hoover didn’t get before their interview with The Real Housewives of New Jersey star Teresa Giudice! The reality star stormed off when asked a very obvious question about the possible deportation of her husband, Joe Giudice, after his release from his current prison sentence for fraud.

Guest co-host Dave Karger was the first to bring it up. “Do you worry that it’s the end of your family unit as you know it because there is all this talk that Joe could be deported since he’s an Italian citizen?” Dave asks. “Do you think about that?”

Teresa pauses for just a moment. “Um, next question please.” Just as Kit is about to say something, Teresa adds: “I don’t think that’s something you should be asking.” 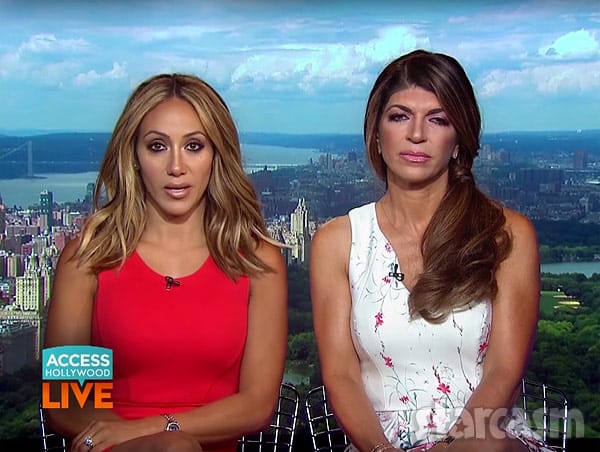 Kit disagrees. “Well, everybody’s talking about it, and it could be your reality,” she points out.

Kit remains unconvinced. “Well it is a fact and we’re probably going to see it on the show, so I don’t think it was a rude question,” she argues.

“No, you’re not going to see it on the show,” Teresa says, which is perhaps a bit of a spoiler for the upcoming season. (I am guessing that the issue of Joe’s potential deportation will be off limits.)

Kit then moves on to a question involving an apparent statement by The Real Housewives of Orange County star Heather Dubrow, but Teresa is done. She abruptly stands up and bails stage right. “As a matter of fact, I’m going to leave,” Teresa says as she departs. Then I think she adds “Because I don’t have to take that s**t,” but I could be mistaken. 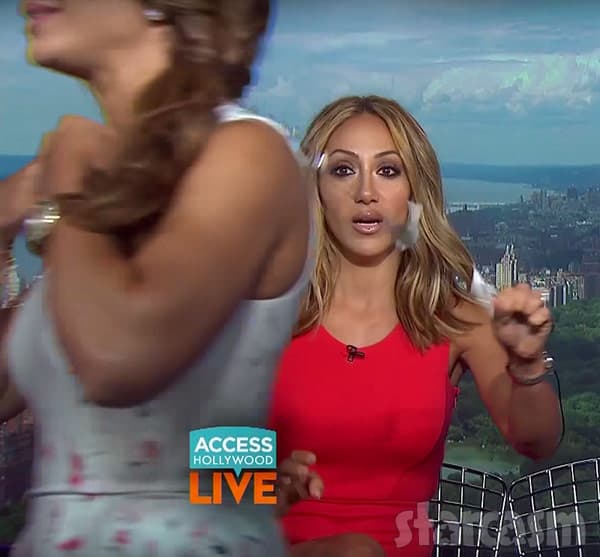 During the entire awkward clip, Teresa’s RHONJ co-star and sister-in-law, Melissa Gorga, just quietly stares as the drama unfolds. When Teresa walks out, Melissa says “OK, OK, OK,” before giving off a HUGE sigh face as her mic is removed and she leaves as well.

Just after Teresa disappears off screen, Kit literally laughs out loud as she jokingly calls out her fill-in co-host for asking the question. “Karger, look what you did!”

“Karger, I have you here one day!”

After they joke a little more, Kit and Dave do a good job of filling in the time slot with a discussion about whether or not the question was rude before just a tiny bit of celebrating.

“OK, first of all, let’s just say this is a reality show,” Kit points out. “We’re watching their whole life play out. It’s in the news that this could be a fact. I think it is a totally fair question.”

“Totally!” Kit exclaims. “For the family, and for everybody.”

Dave gets a little serious. “But I can only imagine it’s something that has to be — it has to be weighing on them.”

Kit has no time for all the seriousness. “Go back!” she instructs the producers, “see if they’re both gone.” Viewers are shown the two empty chairs where Teresa and Melissa were sitting. Kit laughs heartily. “Well, here’s the good news!” she says excitedly. “Melissa followed her, so their friendship is now — they’re…together.”

“Well that’s good,” Dave says — still not quite getting into the jovial vibe Kit is giving off.

“Dave!” she says. “I’ve never had a walk off. High five!” Kit has her hand raised and Dave reluctantly gives her what I estimate to be a low five. 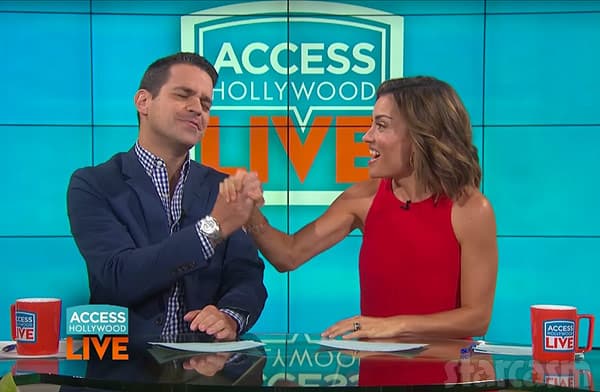 The studio audience cracks up and Kit raises her voice above theirs. “Not that you want a walk off, but if — Karger screwed it up.” Kit begins to make a large pot stirring motion with her hands and arms.

Kit continues to joke about the whole thing, and Dave concedes he’s a little bit shook up over it.

Dave later took to Twitter to respond to tweets about Teresa’s walk off:

@MOMZNDAHOOD @LaurenHandlebar Thanks, I tried to ask it in a humane way and had no idea she didn't want to talk about that.

@7mseven I understand your point entirely. That was not my intent. Only wanted to ask how she was coping with everything.

Kudos to Access Hollywood producers for not having Teresa and Melissa sitting at a table! There’s no telling how many injuries they avoided from that potential furniture flipping incident!

To see more of Teresa’s antics, be sure to catch brand new episodes of The Real Housewives of New Jersey airing Sunday nights at 8/7 on Bravo.