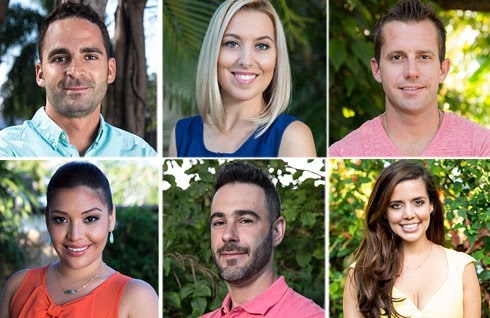 The 4th season of FYI’s hit show Married at First Sight is almost upon us and we’ve got the official cast announcement!

In addition to the reveal, via People, we rounded up official court records to find out who married who.

Here are the women and men from the Miami area who are taking the wild leap this time around: 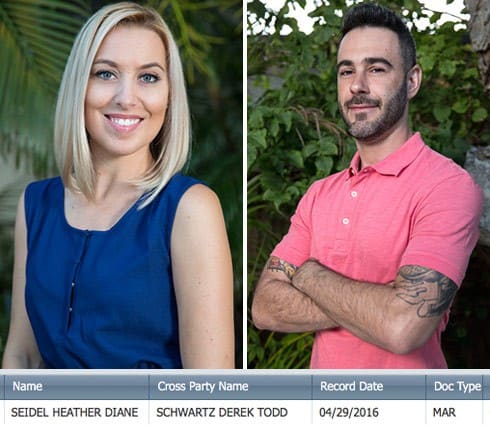 Heather Seidel: Ambitious, strong-willed and looking for someone who can be her equal, Seidel is a flight attendant who is active and enjoys traveling and cooking for her family and friends. The 32-year-old has her parents – who are still together – as models for a healthy marriage, and she hopes to emulate their relationship with her husband.

Derek Schwartz: Raised by a single mom, Schwartz spent time in the Navy before settling into his marketing career. Although his biggest fear in life is failing at something he commits to, the 35-year-old has full trust in the show’s experts to find him his perfect match. 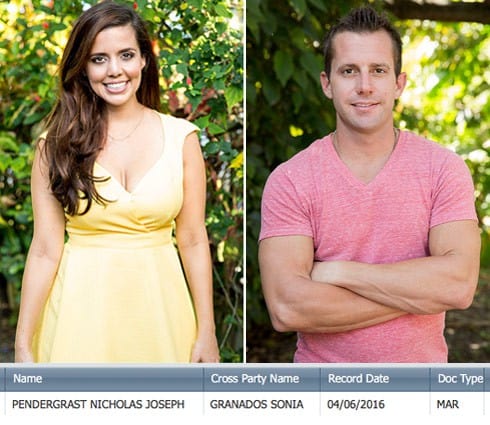 Sonia Granados: Passionate about her career, Granados, 33, is a social worker who currently works in foster care. Her parents divorced when she was 15, and she is still very sensitive about that difficult time in her life. Many of her relationships ended because of infidelity, so she needs a partner who is honest, chivalrous and a good communicator who can make her laugh.

Nick Pendergrast: Pendergrast’s longest relationship ended two years ago, and the real estate agent, 32, is ready to settle down with a woman and build a life together. He hopes his wife is independent, confident and someone who can bring him out of his introverted ways. 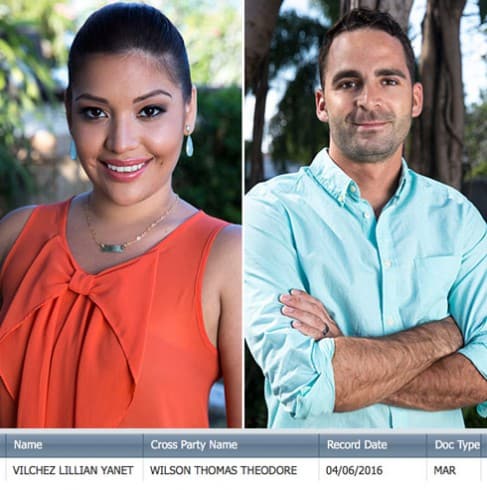 Lillian Vilchez: Vilchez’s last relationship ended badly, so she focused on her career but is now ready to find lasting love. The real estate agent’s parents divorced when she was a teen after her mother found out her father had a second family, but Vilchez, 24, believes she can find a loving and loyal man with some help from the show’s experts.

Lillian sent out a retweet of the post via People:

Tom Wilson: A yacht interior specialist, Wilson, 28, previously lived in Hawaii after attending college in Texas. He’s now settled down in a remodeled RV-turned-luxury tour bus in Miami and wants a wife who is trustworthy, funny and sympathetic. He was in a longterm relationship for a few years but hasn’t had luck meeting a woman the traditional way.

Season 4 of Married at First Sight premieres July 26 at 8ET on FYI.