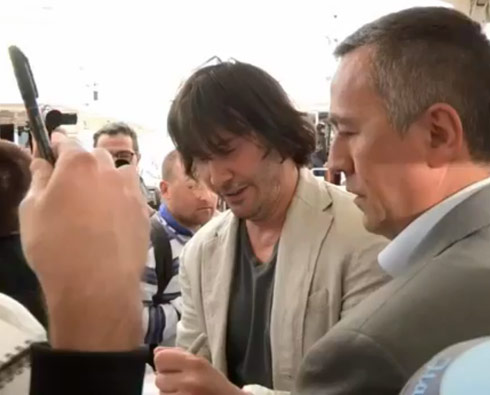 Whoa! Rob Kardashian isn’t the only male celebrity currently in France who appears to have put on a few pounds. Actor Keanu Reeves was spotted getting off a yacht for a Cannes Film Festival event on Sunday looking as though A Walk In the Clouds would be an even greater impossibility courtesy of a slightly less svelte physique than fans of the 48-year-old action star are used to seeing. 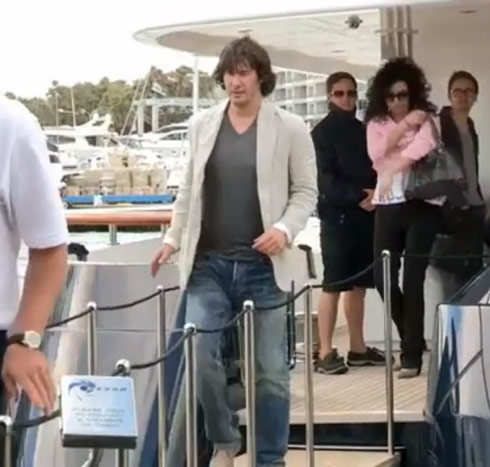 And a video report from Celeb TV with some additional photos:

It could be that Keanu added the weight for his current role in Eli Roth’s Knock, Knock in which he plays “a happily married family man who’s left alone for the weekend,” according to Deadline. “Two beautiful girls show up at his house, and turn his life upside down.”

Have Winona Ryder and Keanu Reeves really been secretly married for decades?